Planning for our Battle for our Birds pest control programme to protect native wildlife from rats and stoats is underway in Fiordland National Park. 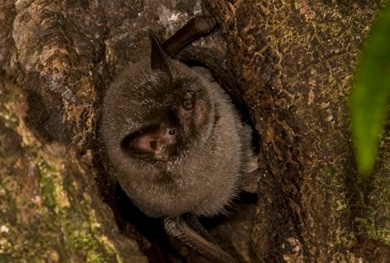 Last spring a significant beech tree flowering event was seen on the shores of Lake Te Anau, with clouds of beech pollen blown across the landscape. Further monitoring this autumn has confirmed a widespread beech seeding event is underway throughout Fiordland.

Without pest control, heavy seeding could lead to another rapid rise in rat and stoat numbers this winter and next spring, putting vulnerable native species at even further risk.

DOC Fiordland Principal Ranger (Biodiversity) Lindsay Wilson said that these sites will be observed closely in the coming months:

“Ongoing monitoring of beech seedfall, as well as rodent numbers will be used to confirm sites for aerial 1080 treatment over the next few months. Depending on these results, not all land within these consent boundaries may require aerial pest control treatment.”

Fiordland is home to many threatened species, particularly vulnerable to rat and stoat predation. For example: long and short tailed bats in the Eglinton and Iris Burn Valleys; mohua/yellowhead in the Eglinton and Grebe Valleys; whio/blue duck in the Clinton, Arthur, Sinbad and Cleddau; kākā in the Waitutu; and kiwi, kea, rock wren and kākāraki/parakeet at several sites.

Aerial 1080 is proven to be the safest and most effective means of knocking down rats, stoats and possums over large areas of rugged terrain. This will be backed by trapping and other ground-based methods, for example in the Murchison Mountains where 1080 is not used.

The 2014 Battle for our Birds programme prevented rodent and stoat plagues over about 600,000 ha of conservation land in New Zealand, and benefited the birds and bats it was designed to protect. Subsequent monitoring in Fiordland showed impressive results at sites following aerial pest control treatment.

In the Eglinton Valley there was an increase in both long- and short-tailed bat numbers. Whio/blue duck productivity in the Clinton and Iris Burn catchments was the best recorded to date, and record numbers of South Island robin and kākā were seen in the Waitutu Forest.