Two months in to the season, a high number of nets have already been confiscated from East Coast whitebaiters not following regulations.

DOC says the first two months of the whitebait season has been disappointing on the East Coast, with people not complying with the Whitebait Fishing Regulations.

East Coast Operations Manager, John Lucas says a high number of whitebait nets have already been confiscated by staff. These nets are often left unattended, are oversized or people are fishing with two whitebait nets. 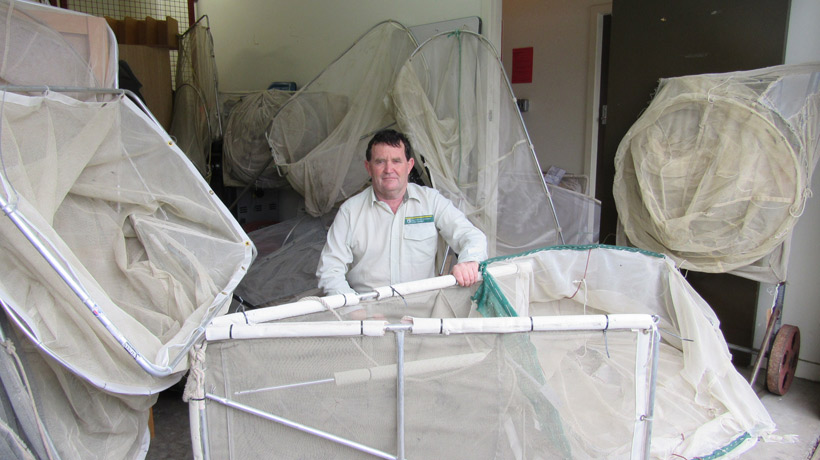 "It's unacceptable people do not observe the regulations, as this disadvantages those who are fishing legally" says Mr Lucas.

DOC staff have been checking on whitebait fishers from Wharekahika (Hicks Bay) to the Waikare River (Northern Hawke's Bay). The majority of people are enjoying whitebaiting and some good catches were recorded in Wairoa.

Mr Lucas says he would like to thank the numerous public who have supplied information about illegal activity on local rivers. "We are pleased people want to help protect this unique resource."

"If we want people to enjoy this healthy recreation, it is essential all fishers observe the regulations. The Whitebait Regulations are there to protect the whitebait fishery for future generations."

Pamphlets with the regulations are at DOC offices and sporting shops, and on DOC's website.

The whitebaiting season runs from August 15 until November 30 everywhere except the West Coast of the South Island, where it runs from September 1 to November 14.

Whitebait are juveniles of five species of native fish: giant kokopu, banded kokopu, shortjaw kokopu, inanga, and koaro. Those that escape the whitebait net grow into adults ranging from 10 to 60 centimetres long.

Four of the five species are categorised as either threatened or at risk due to declining numbers and habitat. Fishers are encouraged to only take what they need and to think about the sustainability of the fishery for future generations.

Find out about whitebaiting regulations. The whitebait fishing season opens on 15 August, except for the West Coast where it opens on 1 September.