A passionate group of young people will be paddling kayaks made from plastic bottles along the Abel Tasman coastline this weekend to counter plastic pollution and encourage sustainability.

A passionate group of young people will be paddling kayaks made from plastic bottles along the Abel Tasman coastline this weekend to counter plastic pollution and encourage sustainability.

Following a 100km adventure through the rapids of the Whanganui River two years ago, the Plastic Bottle Kayak team is this year embarking on a three-day adventure around the Abel Tasman starting on Sunday 22 March.

The four kayaks are being manufactured entirely from upcycled materials at the Museum of Technology and Transport (MOTAT) in Auckland. 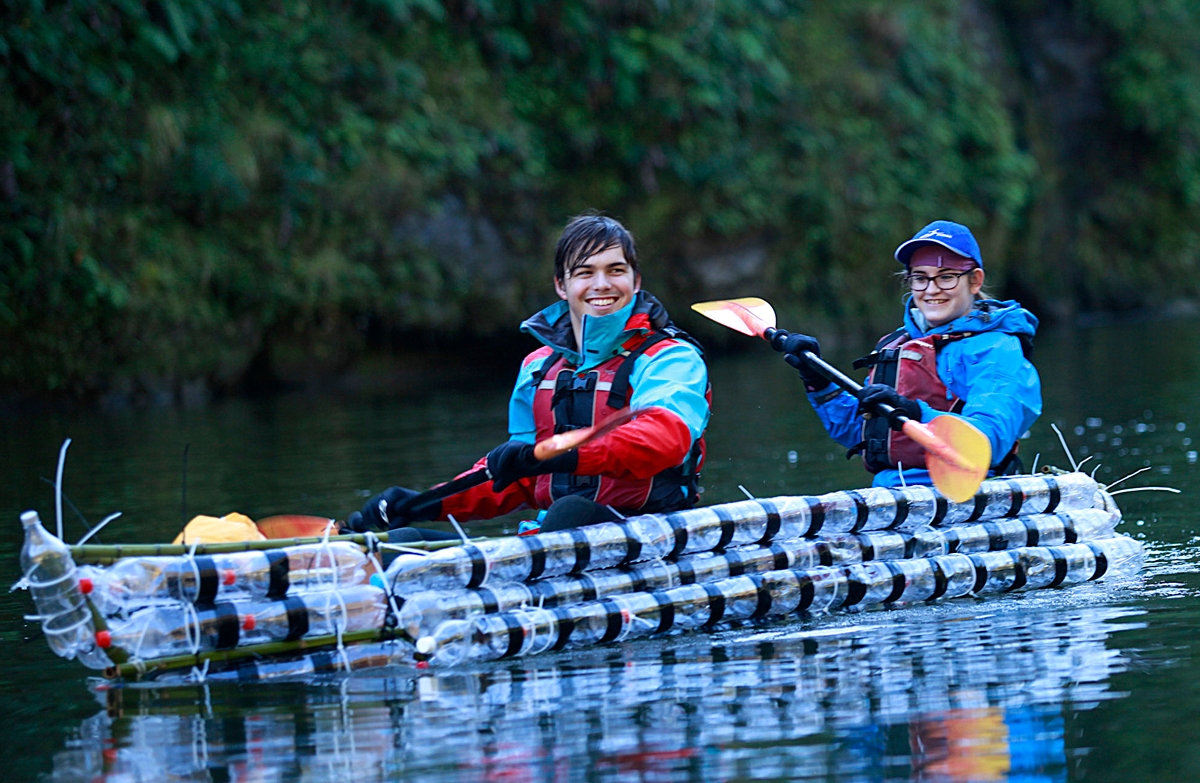 A plastic bottle kayak from the 2013 Whanganui River Expedition

The Plastic Bottle Kayak team see their expeditions as a vehicle to raise awareness about the plastic consumption and waste produced in New Zealand, and to kickstart people into action.

The initiative includes a newly established education programme, designed to work with Enviroschools around the country. It fits in with the curriculum, and covers topics such as sustainability, design, science and nature.

Chris Golding, Manager Conservation Services Motueka, says that it is encouraging to see the Plastic Bottle Kayak team taking on this exciting challenge to raise awareness of plastic and other forms of pollution.

“The amount of pollution that ends up in our special places was clearly shown during last year’s Big Beach Clean-Up, when 770kg of rubbish was retrieved from the waters around Anchorage and Adele Island.”

“The Plastic Bottle Kayak team are taking on an amazing action adventure in Abel Tasman National Park to inspire others by showcasing how sustainability and conservation can be exciting.”

The team will be accompanied by a documentarian and videographer to capture the voyage.  The 2013 Whanganui River Expedition was also captured on video, and can be viewed on Vimeo.