The Cook Strait Whale Survey, a DOC partnership with OMV New Zealand, will count whales passing through the strait for four weeks, from Saturday 13 June to Saturday 11 July. 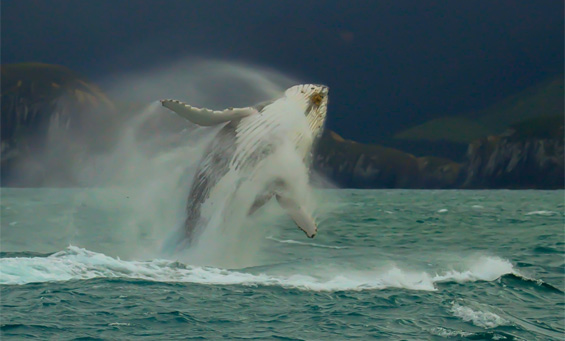 The research is assessing humpback whale recovery since whaling ended in New Zealand in 1964. The surveys are timed for humpbacks’ annual migration from Antarctic waters to South Pacific breeding grounds.

Last year 92 humpback whales were counted, the second highest tally in the survey with the highest being 106 humpbacks in 2012.

Wellington marine ecologist Nadine Bott, who leads the survey, said it was hoped data collected this year along with information from the previous 11 surveys would enable more conclusive findings to be made about the rate of recovery of humpback whales in New Zealand waters.

"The survey findings so far indicate the New Zealand humpback population is only slowly increasing but further analysis is needed before firm conclusions can be drawn.

"We are starting to see a few re-sightings of some whales travelling through Cook Strait and with the slow increase we expect to see more every year. We are excited to see what or who turns up this year.

"Humpback recovery will be assessed by comparing numbers seen in the surveys to whalers’ records of humpbacks in Cook Strait from the 1950s and early 1960s.

"We are grateful to OMV New Zealand for partnering with us for this research. Through the increased information it gathers about humpback whales it assists efforts to protect the whales in the South Pacific and Southern Ocean."

Six former whalers lead the whale-spotting from a lookout point high on Arapawa Island in the Marlborough Sounds. The survey team approaches whales by boat to collect skin samples using a biopsy dart tool and photos that can be used to identify individual whales. These can be checked against photographs and genetic samples from whales across the South Pacific to see if any match. 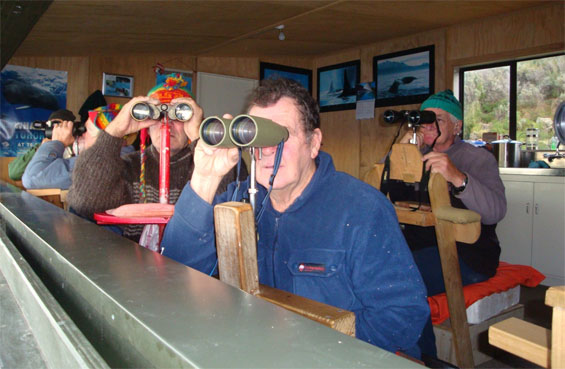 Support for the whale survey also comes from Transact Management Ltd which provides logistical assistance, the Bell Tea & Coffee Company which supplies tea and coffee to sustain the whale watchers in the winter cold, and the University of Auckland which provides genetic analysis support.

How to report marine mammal sightings