Ulva Island rat may be dead 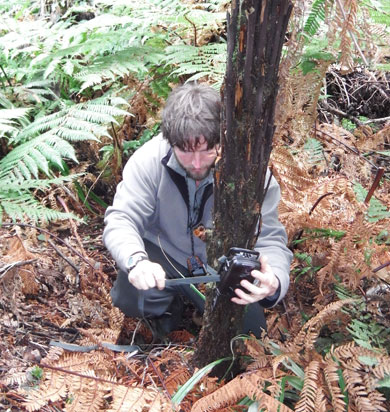 The rat arrived on Ulva Island/Te Wharawhara, off the coast of Stewart Island, early in September. It has been filmed eating poison bait pellets and DOC assumes it has died.

An average of one rat per year reaches Ulva Island, most of which swim the 700m from Stewart Island. Nearly all rats are caught in the island’s coastal trap network. However, this particular rat has not entered any traps despite DOC using a range of bait usually attractive to rats. It even ate bait laid at the entrance to one trap but didn’t enter it.

“The rat has not been seen for more than a week so is likely to be dead, however, this isn’t guaranteed without finding the body,” rat eradication specialist Pete McClelland said.

DOC staff put out poison bait pellets where the rat was living after its location was confirmed by trail cameras which video any movement. Bait was put out at dusk and bought in at dawn each day to reduce the risk to non-target species.  The rat was recorded eating at least one bait and took away others, as Norway rats often cache food to eat later.

Sandy King and her rodent detecting dog Gadget, who live on Stewart Island, couldn’t find the body when they recently searched the island. This may be because it died in an underground burrow or was eaten by a weka.

“It’s encouraging that Gadget didn’t find any sign of a live rat but, without the body, we can’t be sure we got the target rat. Also, we can’t be sure there was only one rat so we’ll continue to check the traps and tracking tunnels for another month,” Pete said.

“Sandy, Gadget and another rat detection dog and handler will check the island in December and we hope that then it can once again be declared free of introduced predators.” 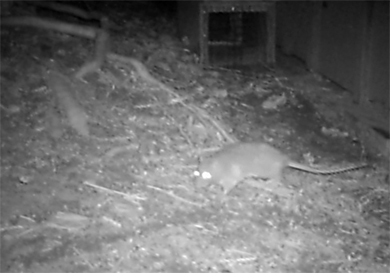 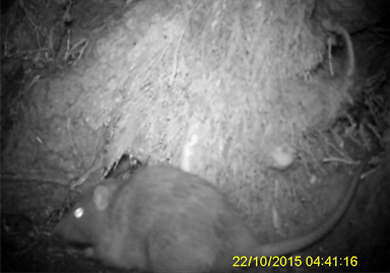 The rats in New Zealand are introduced pests and threaten the long-term survival of native species.