Associate Minister of Conservation Nicky Wagner is reminding all travellers that wildlife crime is serious and they should think twice before purchasing any wildlife products or souvenirs overseas.

Date:  03 March 2015 Source:  Office of the Associate Minister of Conservation

Associate Minister of Conservation Nicky Wagner is reminding all travellers that wildlife crime is serious and they should think twice before purchasing any wildlife products or souvenirs overseas.

March 3 is United Nations World Wildlife Day, a day to raise awareness of endangered animals and plants, and to combat the illegal global trade in endangered species, which is estimated to be worth up to $20 billion a year. 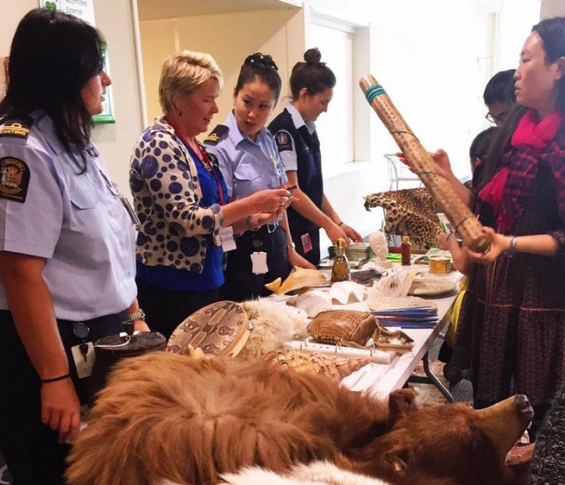 Hon Nicky Wagner at the CITES display at Christchurch Airport

“Travellers should think twice before purchasing wildlife products or souvenirs overseas or, better yet, just not buy them,” Ms Wagner says.

“New Zealand is one of 180 countries who are signed up to the Convention on International Trade in Endangered Species of Wild Fauna and Flora (CITES), which ensures that our native species are not threatened or exploited by trade.

“Department of Conservation rangers will be holding displays at airports in Auckland and Christchurch and the i-SITE centre in Wellington to make travellers aware that the souvenirs they purchase overseas might derive from endangered or threatened species.

“Importing, exporting or re-exporting any part of protected species, without the appropriate permits, is an offence under the Trade in Endangered Species Act.

“The Department of Conservation works well with the Ministry for Primary Industries and New Zealand Customs Service at the border to stop wildlife trafficking but we need the public to think carefully before purchasing wildlife products too.

“Recent prosecutions include an Auckland man who was fined $12,000 for smuggling ivory into New Zealand, and a tourist who was jailed for attempting to smuggle 44 native geckos and skinks out of the country in his underwear.

“Travellers should also check labels carefully as some leather goods are made from the skins of rare animals and many traditional medicines contain CITES-listed material such as bear bile, ginseng or rhinoceros horn.

“If in doubt, check it out before you leave by contacting a CITES Ranger at DOC, or better still, just don’t buy wildlife souvenirs,” Ms Wagner says.