The penguins have been hospitalised over the last five weeks after suffering lacerations to their feet, legs and abdomen following attacks by barracouta, a predatory fish on the Otago coast.

A shortage of salmon smolt, which are the optimal food for hospitalised penguins, has lead to Penguin Place on Otago Peninsula and the Penguin Rescue Trust in North Otago to look for alternative fish to feed their patients. 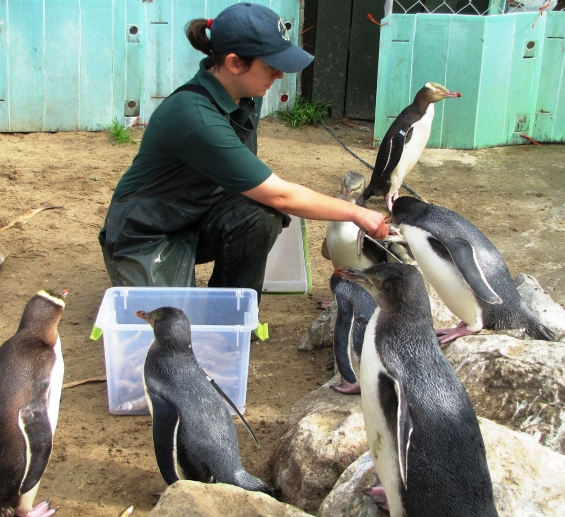 Penguin Place’s rehabilitation co-ordinator Julia Reid said any offers of fish would be greatly appreciated. “We’ve used fish such as silverside and smooth oreo dory before, but they are larger and need to be cut to size before feeding. We need fish that are 10-20cm long (able to be fed whole) and untreated.” At present Penguin Place has only six days fish supply remaining for 57 penguins in care.

Penguin Rescue Trust Manager Rosalie Goldsworthy said she was keen to hear from anyone who can supply the trust with untreated bait fish, preferably with a high fat content, in the range of 100 to 200 gram smolts. The trust is treating 20 penguins at its facility.

Department of Conservation (DOC) Coastal Otago Services Manager David Agnew said adult penguins in rehabilitation need to moult within the next month, which requires them to near-double their body weight for the 24-day fast as they replace their feathers with a new waterproof set. “The penguins removed from the wild for veterinary care and rehabilitation will have an average stay of 24 days in care before being released back to their breeding site. So far, four adults had been released back to the Catlins, and more will be released in coming weeks as the birds are fattened for their moult,” David said.

He thanked St Kilda Veterinary Centre, Massey University’s Wildbase, Wellington Zoo and Air New Zealand for helping to treat penguins with extensive injuries that require longer-term surgery and hospital care that cannot be given in Otago.

The Yellow-eyed Penguin Trust is co-ordinating the appeal for fish or donations. 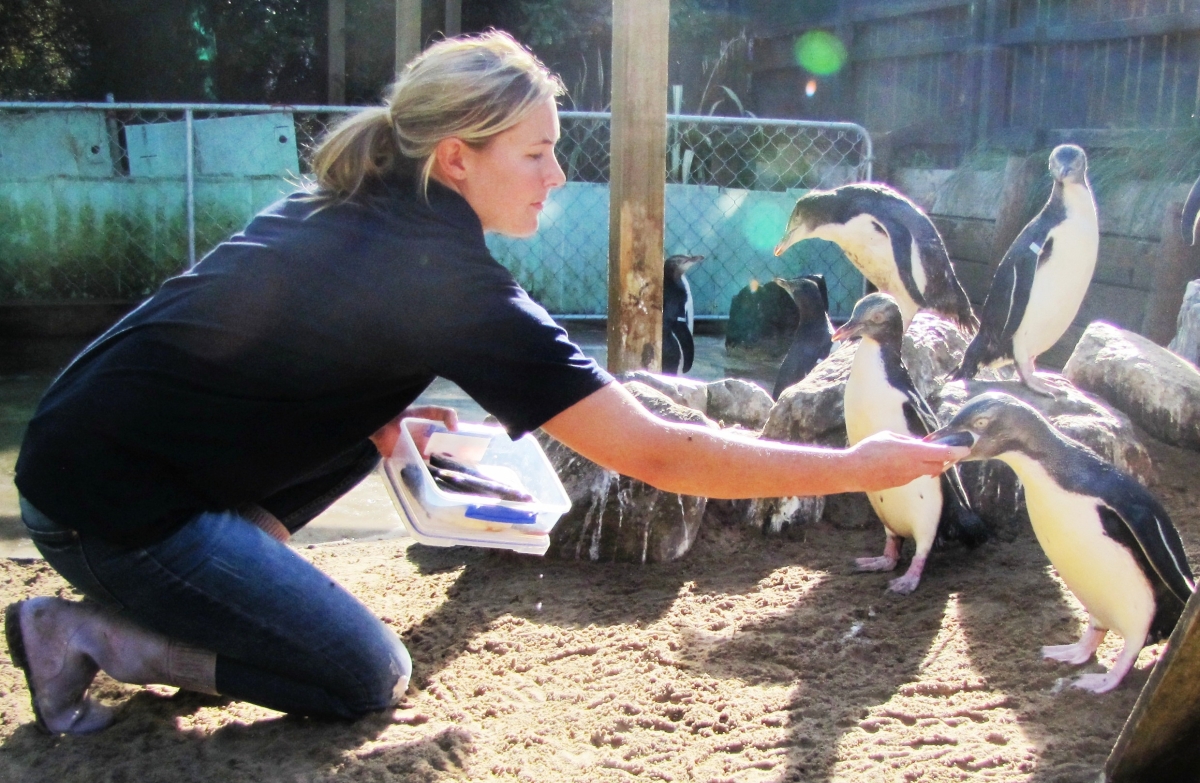 Penguin Place thanks fish suppliers that have supported them so far - King Salmon, Akaroa Salmon and Sanfords.

As of today, Penguin Place had received an offer of 2 tonnes of silverside and 1 tonne of jack mackerel from Ngai Tahu Fisheries. This will keep the penguins fed for a while but rehab centres are still keen to hear of any other offers, particularly salmon smolt.

Unique to New Zealand, the hoiho, or yellow-eyed penguin, is thought to be one of the world's rarest penguin species.