A Canterbury school group’s dream of halting the decline of kiwi in their local conservation area is a step closer to reality with the release of up to ten adult birds this autumn.

Years of trapping stoats by the award-winning Hurunui College Nina Valley Restoration Group has prepared the area in Lake Sumner Forest Park for the recovery of great spotted kiwi/roroa there.

Tim Kelly, the science teacher who leads the group, said after years of pest control it was gratifying to be close to achieving their conservation goal. 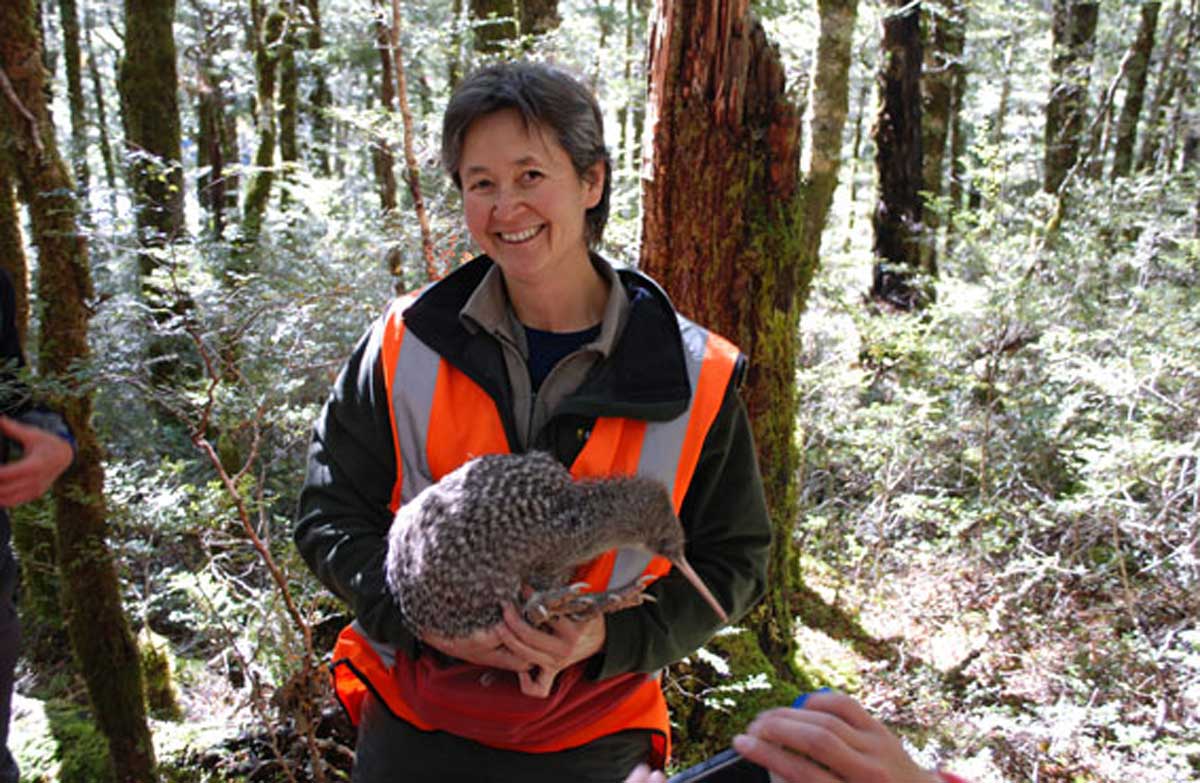 “We’re getting to the stage where we will once again have a viable breeding population of kiwi in the Nina.”

DOC conservation director Andy Roberts said the school group’s work was inspiring and showed what could be achieved when the community and DOC worked together.

“Before they started, kiwi was on the verge of being lost from the Nina valley.  Now, we’re looking at the prospect of a self-sustaining population there.”

“This project has involved more than 80 young people and their families, and has also inspired other groups in the area to link up their pest control efforts.”

Today six kiwi were released in the valley by DOC staff and Hurunui college students after a blessing by representatives from Tūāhuriri and Kaikōura rūnanga.  The remaining birds will be transferred in coming weeks. 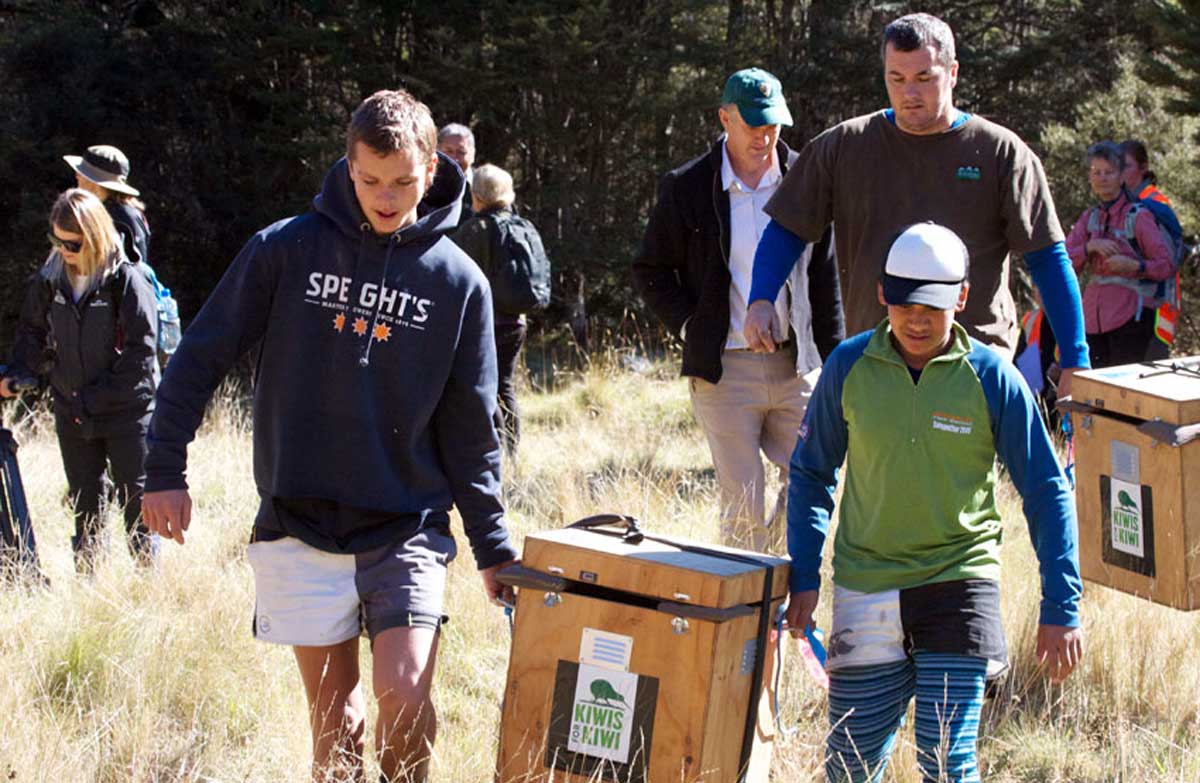 The kiwi were transferred from the Hawdon valley in Arthur’s Pass National Park.  It is planned to boost the small remnant Nina valley kiwi population with up to 25 birds over the next two years, including some from the South Branch of the Hurunui.

These valleys have healthy kiwi populations due to DOC’s intensive pest control programmes over the last 15 years to protect the rare orange-fronted parakeet that live there.

The kiwi transfer is a joint project between DOC, the Nina Valley Restoration Group and Lincoln University, which has committed post-graduate students to monitor the kiwi at both the source and release sites.

Kiwis for kiwi (formerly the BNZ Save the Kiwi Trust) has previously supported the release of juvenile kiwi in the Nina valley.

The Nina Valley Restoration Group has been helping to restore the Nina valley since 2008 and maintains 240 stoat traps as well as 40 possum traps around whio/blue duck nesting sites on the Nina River.  More than 80 year 7-13 students from the small area school in Hawarden have been involved as volunteers in this time.  The students also monitor kiwi and whio and study biology in the valley.

Other groups working together to control pests in the area include Forest and Bird, the Boyle Village Community Group, Boyle Outdoor Education Centre and North Canterbury NZ Deerstalkers Association.

Ten young great spotted kiwi have previously been released into the Nina valley between 2010 and 2013.  These birds were raised through the BNZ Operation Nest Egg programme, which has since ceased for great spotted kiwi.

Roroa are the largest of New Zealand’s five kiwi species and are found in the wild only in Lake Sumner Forest Park and Arthur’s Pass, Kahurangi and Paparoa national parks in the central South Island.  They are in decline with stoat predation a key threat.

Kiwis for kiwiTM is a national charity that raises and distributes funds to kiwi conservation projects across New Zealand. Established in October 2012, it continues more than two decades of work by BNZ Save the Kiwi Trust to help protect kiwi and the places they live.

Kiwis for kiwiTM works in partnership with the Department of Conservation (DOC) with a vision to take kiwi from endangered to everywhere.

Save the Kiwi has raised and distributed more than $7 million to kiwi conservation projects across New Zealand. DOC and Save the Kiwi have been working in partnership since 1991.