Date:  31 March 2015 Source:  Office of the Minister of Conservation

Conservation Minister Maggie Barry today announced the Albany Scenic Reserve in Auckland will be closed until further notice to prevent the spread of kauri dieback.

The 40 hectare Department of Conservation reserve is infested with the spores which cause dieback, a disease ravaging New Zealand’s forest giants. Several kauri trees growing next to the track through the reserve are visibly infected with it. 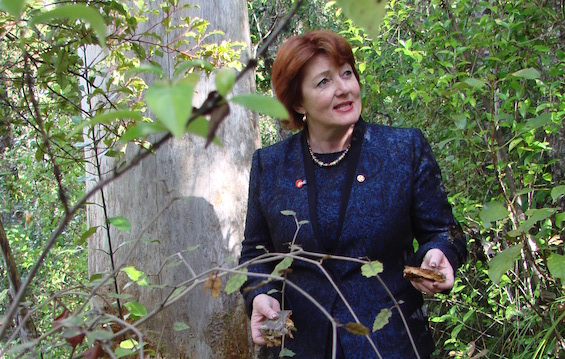 “Closing the reserve was not a decision I took lightly, but as we go into winter the threat posed to our majestic kauri by dieback requires decisive action,” Ms Barry says. “The risk of someone unwittingly spreading the disease from Albany to healthy trees is simply too great to be ignored.”

“I am also announcing the start of a major track upgrade programme which is aimed at keeping 400 km of paths through kauri forests elsewhere open. This is the beginning of a roll-out of measures to contain the spread of the disease.”

“It may be necessary to close other kauri forests on public conservation land in future and I am taking advice about where else it might be required.”

Kauri dieback, caused by the microscopic spore Phytophthora taxon Agathis (PTA), attacks the tree’s roots and destroys tissues which carry water and nutrients, gradually starving kauri to death. Nearly all infected trees die and there is currently no cure.

PTA can be spread easily through mud and water contaminating footwear, vehicle tyres and machinery without proper disinfection. 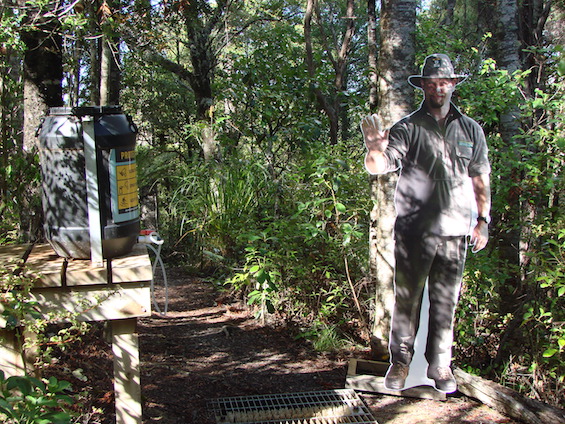 “Dieback has spread through the North Island forests and represents the single biggest threat the species has ever faced. The Government is committed to ensuring the disease is met and beaten,” Ms Barry says.

Last year’s budget gave the Department of Conservation $21.6 million towards upgrading tracks through kauri forest to prevent the spread of dieback.

$10.7 million will be spent on track improvements and another $10.9 million on operational costs over four years.

More than 100 km of paths will be upgraded to remove mud from the track surface, 5 km of boardwalks installed to keep feet clear of the tree’s root systems and 300 new cleaning stations set up at track entrances and exits.

Signage will also be upgraded to ensure the public are fully informed of the threat and do what they can to prevent its spread.

Meanwhile, the multi-agency Kauri Dieback Management Programme continues research into the cause of the disease, its spread and possible treatments.

Walk among kauri trees and native orchids, along an estuary or to a restored 1850s cottage.