The Nature Heritage Fund has significantly contributed to conservation over the past 25 years.

Associate Conservation Minister Nicky Wagner has this weekend celebrated the Nature Heritage Fund’s significant contribution to conservation over the past 25 years, at a special ceremony held at Hakatere, Ashburton Lakes, in Canterbury.

“Over the past quarter of a century, the Fund has protected more than 340,000 hectares of critically important ecosystems including forests, wetlands and tussock lands that were under threat of logging or damage from introduced animals,” Ms Wagner says.

“Thanks to the Fund’s efforts, areas that were at risk are now permanently protected as part of the public reserves network of New Zealand.

“The Nature Heritage Fund is a contestable fund that receives applications from private landowners, local authorities, NGOs and government departments for the protection of biodiversity on private land. 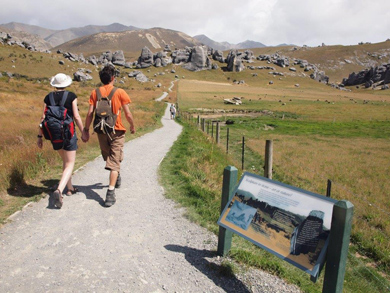 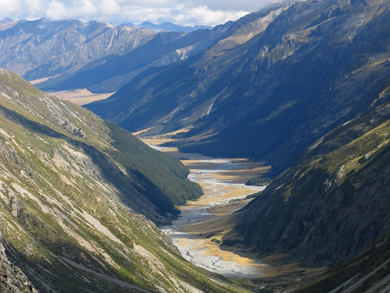 The upper Ahuriri Valley, looking to the former Birchwood Station

“The Fund has been responsible for some major iconic purchases that have provided strategic core components of conservation parks in the high country as well as additions to national parks. The Fund has also secured perpetual protection for a number of valuable ecosystems through covenants.

“Areas recently purchased with help from the Nature Heritage Fund include regenerating bush and black beech forest in Akaroa Harbour, and a significant wetland area on the West Coast.

“On behalf of the Government and all New Zealanders I would like to congratulate the Nature Heritage Fund for reaching this significant milestone of 25 years, and thank all who have been involved with protecting our biodiversity and iconic landscapes,” Ms Wagner says.

During the past 25 years the Nature Heritage Fund has invested more than $162 million to protect, through purchase or covenanting, more than 340,000 hectares of land.