Three of the seven pest free islands in the Bay of Islands will soon provide safe new havens for saddleback/tīeke and whitehead/pōpokotea from Tiritiri Matangi Island in the Hauraki Gulf. 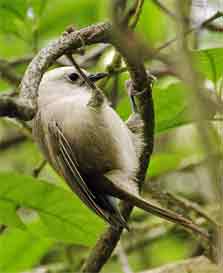 New translocations are planned for 30 May 2015 as part of the ongoing Project Island Song.

Forty tīeke and 40 pōpokotea will be the next new arrivals in translocations planned for 30 May 2015 as part of the ongoing Project Island Song being undertaken in partnership between local community group Guardians of the Bay of Islands, Te Rawhiti Hapū (Ngāti Kuta and Patukeha), and the Department of Conservation.

The tīeke will be divided between Urupukapuka and Moturua Islands to bolster a similar release earlier this year, while the pōpokotea release will be a first for Motuarohia (Roberton Is). The birds will be accompanied by Mana Whenua from Tiritiri Matangi and will be welcomed by Te Rawhiti Hapū at each of the three release sites.

Department of Conservation Service Manager Rolien Elliot says the release of the two species marks a significant milestone in the project, which began in 2003. As part of Project Island Song, all pest mammals were eradicated on the islands of Ipipiri (Eastern Bay of Islands) in 2009.

Rolien Elliot said that work had been complemented by weed management and restoration planting on the islands, whilst pest control undertaken by the Guardians, hapū and local landowners on the mainland to defend the islands, had significantly reduced the risk of pest reinvasions.

Guardians of the Bay spokesperson Richard Robbins said reintroducing these species onto the islands had been made possible by the sustained efforts of many people and to see the biodiversity being restored with the reintroduction of vulnerable species such as tīeke and pōpokotea is immensely satisfying. Without the support from landowners and organisations like Air New Zealand Environment Trust, Foundation North, Carters, Northland Toyota, Fullers GreatSights and Explore Group these translocations would not be possible.

The event will be attended by Air New Zealand Environment Trust trustee Ruud Kleinpaste and other high profile attendees.

Richard Robbins said toutouwai (North Island robin) were released in 2014, and pateke (brown teal) were returned to the islands in 2012. Ongoing monitoring suggests that the birds are starting to establish, and recent sightings of juvenile unbanded birds supports this.

Project Island Song commenced in 2003 with the objective of promoting pest free islands as an attractive visitor destination in the Bay. Its ongoing success depends largely on the support of visitors to become "biosecurity champions" to ensure rats, cats and other pest species are kept away from the islands.

"If people can adopt a 'Stop-Check-Go' attitude before they visit these islands, the future of the project should be guaranteed," Richard Robbins said. "Stop and check your boats and equipment for the presence of pests and when you are satisfied none are present, go and enjoy yourself in these wonderful environments."

If you would like to attend the release, we can provide transport to the islands.

The islands of Ipipiri/eastern Bay of Islands are coming alive. Project Island Song is leading the restoration of this archipelago, returning native plant and animal species for all to enjoy.

The saddleback or tīeke belongs to New Zealand's unique wattlebird family, an ancient group which includes the endangered kōkako and the extinct huia.

The whitehead/pōpokotea has a series of clear tuneful calls that fill the forest with a pleasant cacophony of sound when they appear in flocks high in the canopy of the forest.