The rare rowi kiwi is reclaiming more valuable territory in Ōkārito forest with the return of 50 young birds by DOC and Kiwis for kiwi. 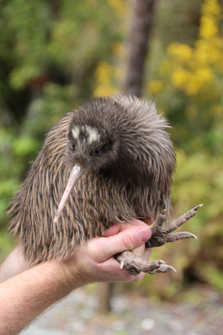 The year-old chicks were returned to the forest today, bringing the population to between 400 and 500 rowi.

It’s the most rowi transferred on a single day and is a critical milestone in their recovery. When the recovery project started in 2006, it was estimated that there were fewer than 200 rowi. DOC is working to increase the population to 600 by 2018.

Tracey Dearlove, DOC Biodiversity Ranger, says the return of 50 chicks is the culmination of more than a year’s work.

The chicks were lifted as eggs, then incubated and hatched at the West Coast Wildlife Centre at Franz Josef before being taken to predator free Motuara Island in the Marlborough Sounds to be raised.

“Now these rowi are big enough to fend off the advances of predators, they’ve been brought back to their natural home,” Tracey Dearlove says.

“It’s quite a job to catch 50 kiwi and find places for them in Ōkārito Forest, but it’s an achievement we are proud of.”

Rowi were once abundant and widespread over much of the West Coast and south East Coast of North Island. Over the years their numbers plummeted.

Predators and loss of habitat mean they simply disappeared from many places and until they were reduced to just one population within 11,000 hectares in South Ōkārito Forest, north-west of Franz Josef.

Gradually, as more releases have taken place, the territory has started to expand into the North Ōkārito Forest.

This milestone in rowi recovery occurs during Save Kiwi Month – a public awareness and fundraising drive by Kiwis for kiwi.

Kiwis for kiwi is a fully independent charity which works in partnership with DOC to protect kiwi and their natural habitat.

“Every $100 raised is enough to protect a kiwi for an entire year,” says Michelle Impey of Kiwis for kiwi. The money will go towards protecting kiwi through research and monitoring programmes, kiwi avoidance training for dogs and Operation Nest Egg.

To donate or find out more visit Kiwis for kiwi

The Kiwis for kiwi Trust aims to ensure that all species of kiwi flourish for generations to come. It allocates funds to hands-on kiwi projects, raises sponsorship dollars, increases public awareness of the plight of kiwi and works alongside kiwi experts to provide resources, advice and best practice guidance to all those working to save kiwi. In partnership with DOC, Kiwis for kiwi supports the national Kiwi Recovery Programme.

October is Save Kiwi Month and all New Zealanders are urged to join the fight to save our national icon. Online donations can be made at Kiwis for kiwi. Every $100 raised is enough to protect a kiwi for an entire year. 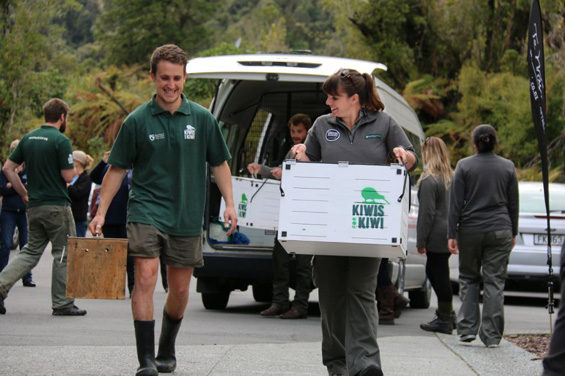 Rowi are the rarest of the five species of kiwi. Through predation and habitat loss, these remarkable birds have been reduced to just one natural population.