An iconic piece of Fiordland’s early settler history has been restored thanks to a combined effort from local businesses.

An iconic piece of Fiordland’s early settler history has been restored as a result of a combined effort from local businesses and organisations.

In the early 1900s, the Tarawera Smelter was constructed in Isthmus Sound, on the north side of the remote Preservation Inlet. Its purpose was to extract silver, gold and lead from a rich seam found there in the late 1800s. 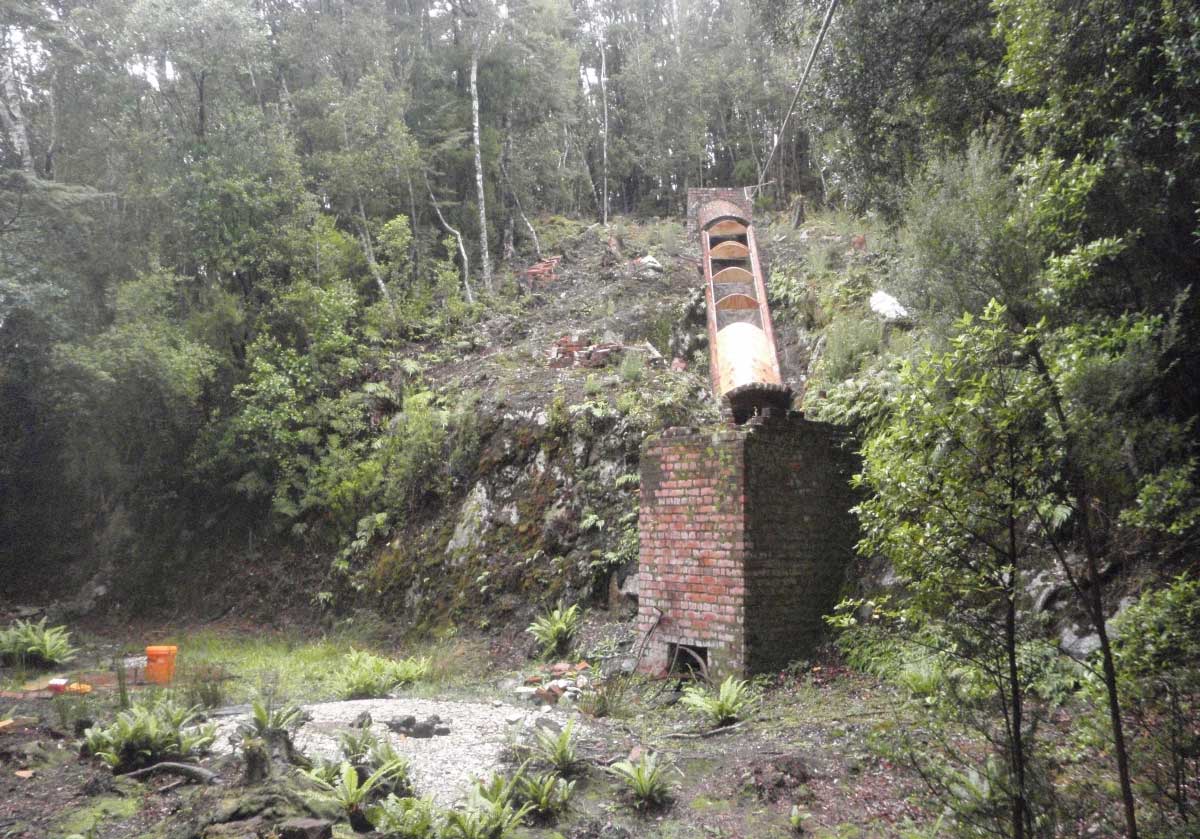 The Tarawera Mine, opened in 1896, went below sea level and workers had considerable problems pumping out water. Eventually a steam pumping system was put in place to counteract this issue.

In addition, a three storey brick smelter chimney was constructed in 1910-11 to process the refractory ores of the mine. Built on a hillside so as to gain enough draft to draw the heat through the ore, the smelter chimney was constructed at considerable cost to the Tarawera Gold Mining and Smelting Company, in the hope of rich returns from this and other local mines.

The enterprise, however, was a failure. On its first day of operation, the smelter was loaded with ore and the coking coal set alight - but nothing happened. After one or two further trials, the entire mine was abandoned.

Most of the plant and equipment was subsequently removed, but the brick chimney, a vertical boiler, a collapsed mine shaft and terraces cut into the steep hillside survive. The Tarawera Smelter is one of the most commonly visited sites in Preservation Inlet and is now managed by the Department of Conservation (DOC). In 2014, however, an earthquake in the area resulted in the main uphill section of the brick smelter collapsing.

“Everyone visiting the site is in awe of the craftsmanship that was needed to build something up this steep incline, and the story of the enterprise. It would have been such a shame to see this unique piece of Fiordland’s history deteriorate,” Ken said. 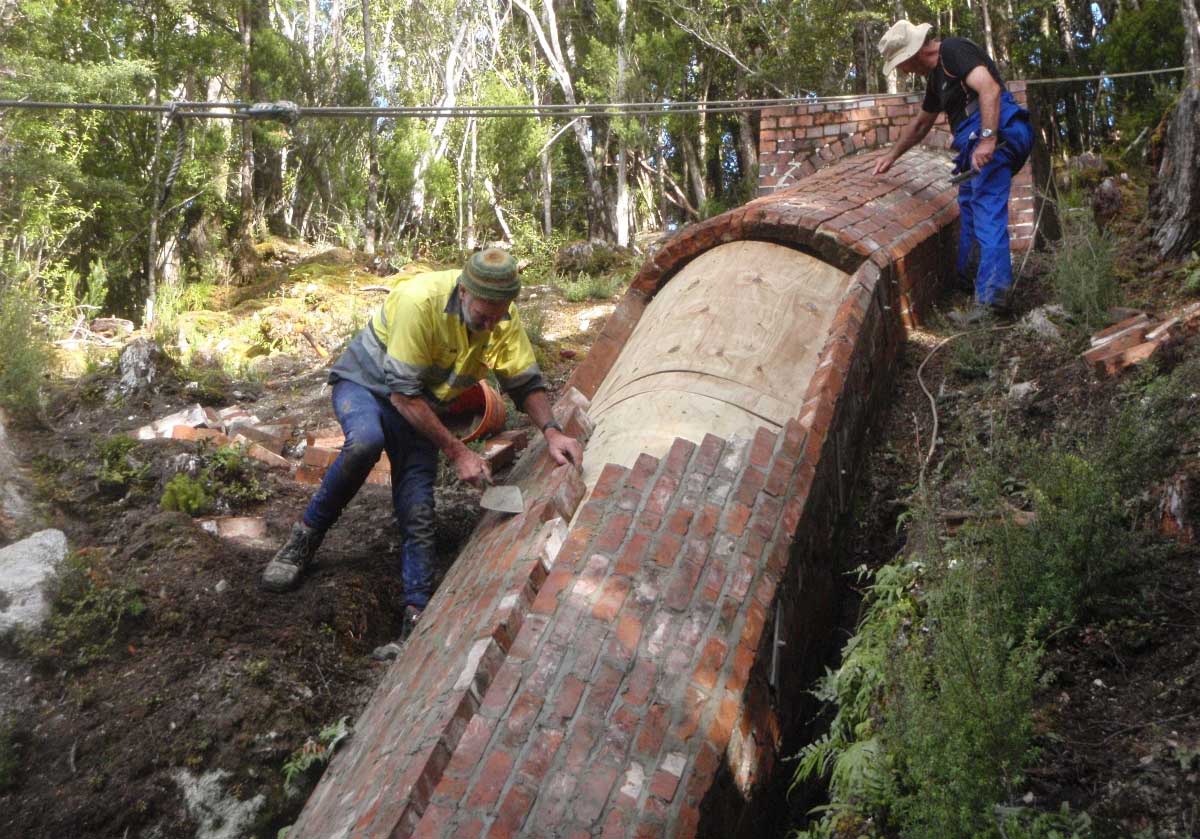 Laying bricks during the smelter restoration

In early April, DOC organised a team of volunteers and local master-bricklayer Harry Hodgkinson to complete the rebuild and re-pointing of the chimney.

Tarawera Mine and Smelter

The site of the Tarawera Mine and Smelter is situated within Isthmus Sound, Preservation Inlet, in Fiordland National Park. Prospecting for gold was carried out in the area subsequent to the Otago gold rushes of the early1860s, but it was not until 1890 that mining began at Preservation in earnest.

In 1895, a gold bearing seam (lode) was found in Isthmus Sound. The subsequent mine was worked in two main phases, from 1895 until 1897, and from 1908 until 1911. It was during the second phase of operation that the Tarawera Gold Mining and Smelting Company erected a blast furnace to treat the refractory ores found in the mine.

The mineral lode was named the Tarawera lode after a steamer that called into Preservation Inlet regularly.

The inlet is situated in Fiordland National Park, at the south-western extremity of mainland New Zealand. This is an area that is without roads or other infrastructure, and is generally hilly or mountainous, with forest or scrub cover at lower altitudes, and thick bush along the shoreline.  A number of gold mining claims (hard rock, as opposed to alluvial) were applied for in the Preservation Inlet area in the 1890s, generally along a north-south alignment running through the site of Te Oneroa.

History of Tarawera Silver Mine and Smelter

Tarawera promised gold, silver and copper but those who tried to mine its riches walked away with nothing. Visit the only smelter site on Southland's public conservation land.