Date:  13 August 2015 Source:  Office of the Minister of Conservation

The Ambassador will be a high-profile role within the Department of Conservation for all of the country’s threatened species, working to build partnerships and encourage New Zealanders to become involved in conservation efforts.

“As a nation, we face a major battle to save our threatened species. Our unique native wildlife is besieged by introduced pests and other threats,” Ms Barry says.

“We must all work together to save them – and the Ambassador will be pivotal to making that happen.”

There are more than 800 threatened species in New Zealand, with another 2700 species classified as “at risk”.

“Ms Toki is an enthusiastic, inspiring and committed voice for conservation, and an excellent choice for the new role. I congratulate her on the appointment and look forward to working closely with her over the next few years,”

“She will be familiar to many people as presenter of DOC’s Meet The Locals television series,” Ms Barry says.

Air New Zealand has generously agreed to help support the Ambassador for two years, as part of an ongoing partnership with DOC worth more than $7 million.

Air New Zealand Sponsorship and Community Manager Meghan Blair says the Threatened Species Ambassador will be a valuable addition to the conservation work already being done between Air New Zealand and DOC, both on land and in the country’s marine reserves.

“We believe that by encouraging Kiwis and visitors to experience New Zealand’s natural treasures first hand – whether it be visiting one of the Coastal Gems marine reserves, enjoying a Great Walk, or learning more about our most threatened species – we can inspire them to play their part in protecting our precious natural resources.” 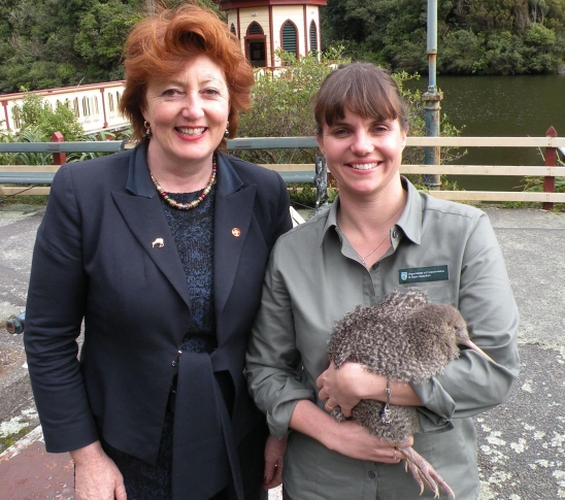 Nicola Toki has worked for the conservation of New Zealand wildlife for more than a decade. She has worked for the Department of Conservation, Forest & Bird and most recently managed the Living Water partnership between DOC and Fonterra. From 2007 she researched, wrote and presented more than 200 episodes of Meet the Locals, a series of mini-documentaries on native species. She has also written two children’s books on New Zealand ecology.