DOC rangers have rediscovered a native herb that was believed extinct and another herb thought to be extinct in the wild.

Department of Conservation rangers have rediscovered a native herb that was believed extinct and another herb thought to be extinct in the wild.

Dysphania pusilla, or pygmy goosefoot, had been one of eight native plant species listed as extinct until its surprise rediscovery in summer. By coincidence it was found at two widely-separated sites within a couple of weeks – in Canterbury’s McKenzie Basin and in Molesworth Station in South Marlborough.

Another native herb, Leptinella filiformis, or slender button daisy, also found in Molesworth, hadn’t been seen growing wild since the late 1990s though it was being cultivated at some protected sites. 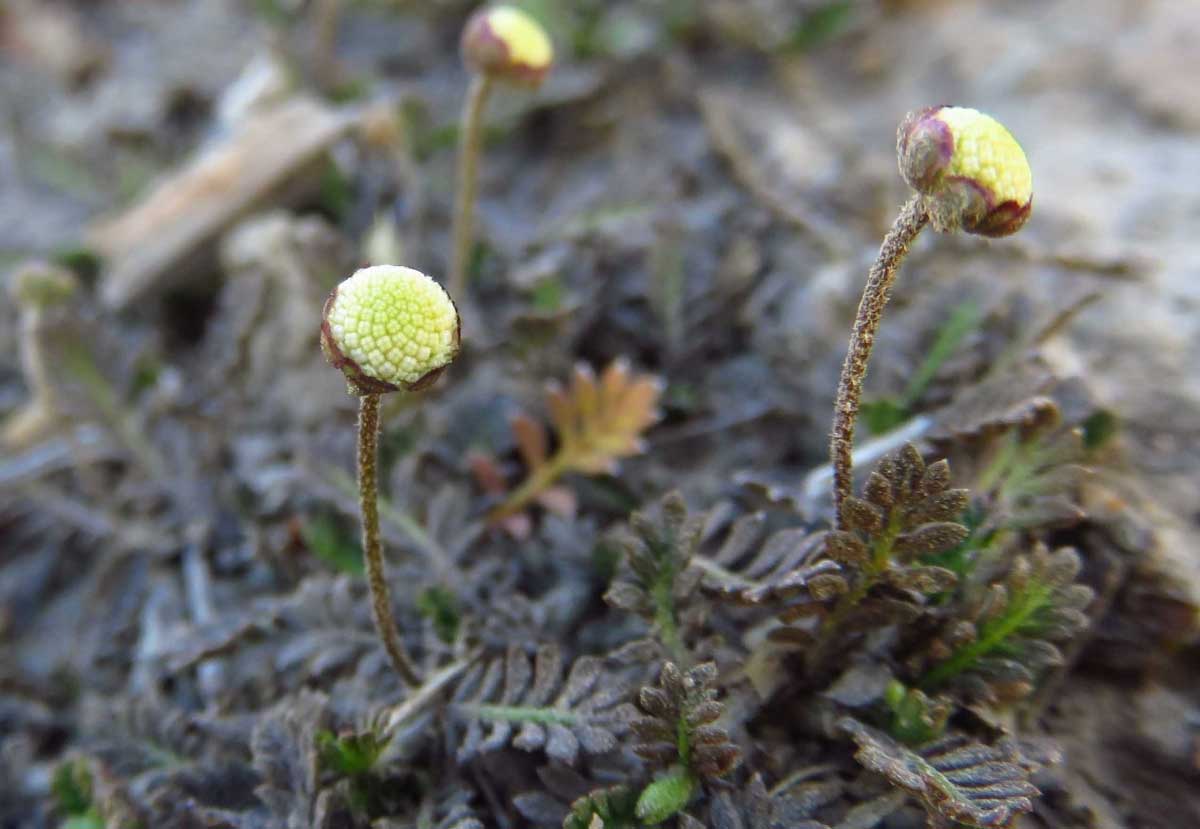 DOC Director-General Lou Sanson said these were remarkable rediscoveries and he commended the rangers for their work and observance in finding the species.

‘The last record of pygmy goosefoot was from 56 years ago and amazingly when rediscovered this year a few thousand plants were seen at both locations.

‘Botanists believe pygmy goosefoot may lie dormant for many years as seed when conditions aren’t suitable for it to grow. It was fortunate rangers were in the right places at the right time when it had germinated in abundance enabling its rediscovery.

‘Both herb species grow in dry, open areas and finding them highlights how much is still being learnt about the unique species that inhabit such dryland ecosystems and what is needed to preserve them.’

Nelson rangers Shannel Courtney and Simon Walls came across pygmy goosefoot in the Clarence River valley during a flora and fauna survey.  Shannel, a botanist, recognised the species and realised the significance of the find.

Twizel ranger Aalbert Rebergen a short time later discovered pygmy goosefoot growing in the Ruataniwha wetlands and was mystified as to what species it was. Botanists he initially approached to identify the species suggested other plants. Aalbert was sure it wasn’t them and pursued identification, eventually getting confirmation it was Dysphania pusilla.

Pygmy goosefoot was also found in late March in the Heron Basin in mid-Canterbury by DOC botanist Nicholas Head. 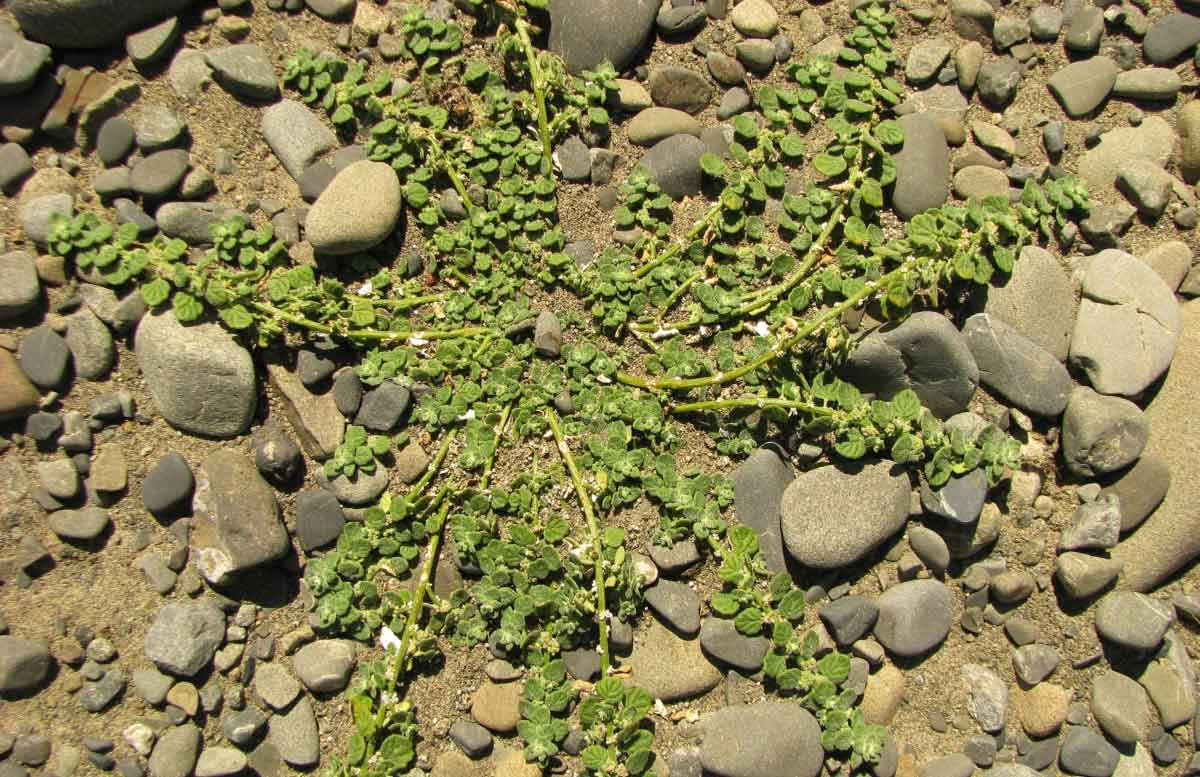 The rediscovery of wild slender button daisy was recently confirmed after plants rangers collected in summer were grown on till they flowered, enabling the species to be verified.

Wairau ranger Jan Clayton-Greene had seen the herb on an earlier visit to the remote Clarence valley area but at the time didn’t recognise the species. The wild plants looked scruffier than cultivated ones she had seen. A botanist later identified a specimen she had pressed and she returned with other rangers to collect some of the plants when river levels were low enough to allow access.

DOC staff are now determining what will be done to learn more about the herb species, the threats they face, and what measures may be needed to protect them.

Dysphania pusilla is in the amaranth family, Amaranthaceae. Dysphania pusilla grows flat, its branches with small, round leaves radiating out from a central tap root. Its flowers and fruit form small knobbly clusters at the base of every leaf. It is an annual, completing its whole life cycle in one season and over-wintering as seed only.

In a distinctive feature of some New Zealand plants, it occurs in two colour forms: brown and green. Both forms were found in Molesworth Station and in the Heron Basin but just the brown was found in the Ruataniwha wetlands.

Dysphania pusilla occurs in extreme habitats such as ephemeral wetlands – wetlands that seasonally dry out - and areas that are very dry in summer. There are only a dozen or so historic records of it, mostly from South Marlborough and Canterbury, with the earliest collections of it from Maori settlement areas around Lake Taupo.

Leptinella filiformis is a small creeping herb in the daisy family, Asteraceae. It has almost fern-like leaves and small button-like white flowers. It has been known to occur in north-eastern South Island areas, growing in grassland and open shrub land in basins, valley floors and on plains.

The native flora of New Zealand is unique as it evolved in isolation for millions of years.

Molesworth is a land of extremes. This vast landscape contains scree-scarred mountains, wide river valleys and tussock slopes. Check the Acheron Road is open if you intend to drive through.