A Rotorua man pleaded guilty to being in control of two dogs that killed nesting red-billed gulls.

A 23 year old Rotorua man has pleaded guilty to being in control of two dogs that killed protected wildlife. Rhys Phillips appeared in the District Court facing two charges under the Dog Control Act 1996. The charges were laid by DOC after two out of control dogs attacked and killed red-billed gulls in Sulphur Bay, Lake Rotorua in December last year.

Mr Philips was sentenced to 100 hours community work and an order was made for the destruction of both dogs.

The dogs were allowed to run in the Sulphur Bay Wildlife Sanctuary where a number of threatened bird species breed and nest. The dogs entered the water and went to an islet 20 m offshore where they attacked at least three juvenile gull chicks while adult birds attempted to defend their young.

The offences were witnessed by a group of 14 American tourists who were visiting New Zealand specifically to view native birds. The visitors claim to have approached the owner of the dogs to advise him of the nesting birds and attempted to stop the attack. Several photographs of the incident were taken and later used as evidence in the case. 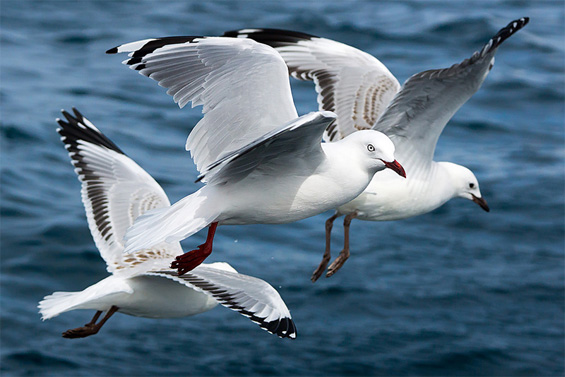 “This prosecution sends a clear message to dog owners that their pets need to be under control at all times”, says DOC ranger Caraline Abbott.

“Sulphur Bay is an important site for many threatened bird populations including dabchicks, black-billed gulls and red-billed gulls. While it may seem that there are many gulls around New Zealand, populations are reducing dramatically – largely through predation by stoats, rats and feral cats", says Mrs Abbott.

DOC and Rotorua Lakes Council are developing a community led conservation project around Sulphur Bay which will help reduce predator populations and support the wildlife refuge. It is thought increased biodiversity around the Nature Heritage Trail will increase business and tourism opportunities in this area.