The Department of Conservation (DOC) is piloting a targeted bait station method to control wasps over the summer.

The Department of Conservation (DOC) is piloting a targeted bait station method to control wasps over the summer.

German and common wasps are an increasing problem in our forests and parks, with numbers particularly high at this time of year. They have no natural predators and harm our native birds and insects, as well as honey bees. Wasps cause millions of dollars of damage to our primary industries and pose a significant threat to human health and outdoor recreation users.

Together with BASF, a highly experienced global pest solutions company, and a Nelson based consultancy, DOC has developed a pilot programme to control wasps. The method uses protein bait containing the commonly used insecticide fipronil. The bait has been approved by the Environmental Protection Agency (EPA).

This targeted wasp control method has been trialled under research conditions in Nelson Lakes National Park. The results show significant reduction in wasp populations with minimal risk to other species.

“The wasps take the bait back to their nests to feed their larvae, so many nests can be destroyed from a single bait station,” says DOC Scientist Eric Edwards, who is leading the wasp programme.

“Previously there has been no way to control wasps over large areas of land. The only way to deal with them was to destroy individual wasp nests where they cause problems,” Eric Edwards says. 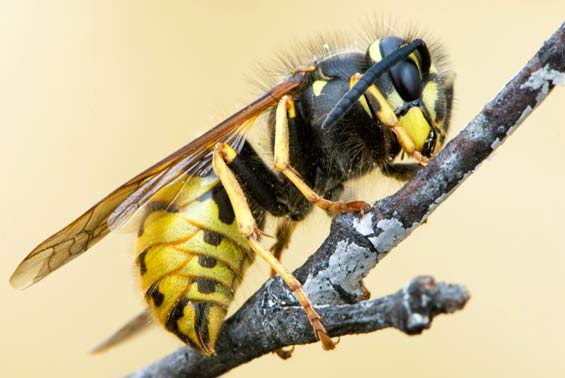 The Department is coordinating the programme with considerable input from its community based partners in each site, including Friends of Rotoiti, Project Janszoon, Forest and Bird and Waimakariri Environment and Recreation Committee (WERC).

Once the pilot has been completed, DOC will assess the wasp baiting method for use in other national parks and public conservation land.

“Bait stations are a step towards improving wasp control,” Eric Edwards says, “but the science community will need to develop a variety of new tools, such as biological control, pheromones and insecticides, to successfully reduce wasp populations in the long term.”