A Canterbury man has been successfully prosecuted for breaking whitebaiting rules while fishing on the Ashley River/Rakahuri last spring.

A Canterbury man has been successfully prosecuted for breaking whitebaiting rules while fishing on the Ashley River/Rakahuri last spring.

Mr Robert Chong, 39, dairy farmer, of Kaiapoi was caught fishing with two unattended nets in the river in September. Under the whitebait regulations fishers can only use one net at a time and must remain within 10 metres of their net.

A complaint from the public led to Mr Chong being investigated.

“The rules are there to protect the whitebait fishery for future generations. Mr Chong’s actions reflect scant regard for the sustainability of the fishery.”

“Whitebait are in decline and we need to do everything we can to protect their habitat and look after the fishery.”

“I would like to thank the public for calling to advise us of the offending.” 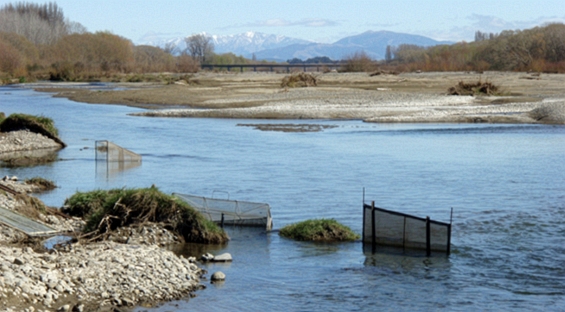 Robert Chong appeared and pleaded guilty to both charges in the Christchurch District Court on 29 January.

He was fined $500 on each of the two charges plus court costs, and had his whitebait nets and go-by fences forfeited.