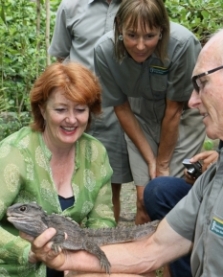 “It’s an outstanding example of what can be achieved when we ensure that New Zealand’s ecosystems can flourish. Since the island was declared pest-free in 2006, the number of tuatara living in the wild has grown from just eight to 300,” says Ms Barry.

Rangers have confirmed there are 19 eggs in this year’s breeding season.

To secure the survival of tuatara, DOC focused on creating pest-free island sanctuaries such as Hauturu/Little Barrier Island, clearing the island of rats and feral cats.

“The Little Barrier Island (Hauturu) Supporters Trust has contributed greatly to the conservation gains on the island,” says Ms Barry.

Established in 1895 as our first nature reserve, the island is described as ‘the most intact ecosystem in New Zealand’.

“I am grateful that Ngāti Manuhiri gifted this culturally significant island back to the people of New Zealand. This enables DOC to continue its work to secure the survival of our precious native species including kakapo and hihi,” says Ms Barry. 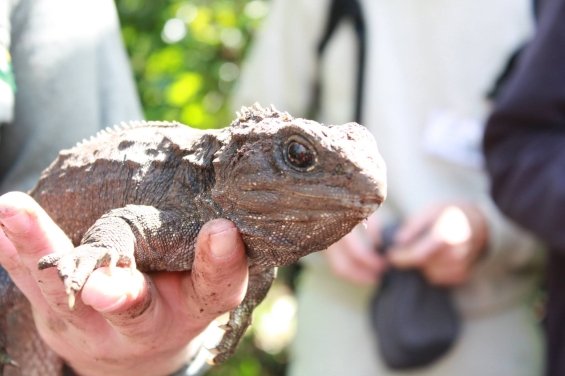 Nine kakapo have been released on the island since 2012 and have begun breeding. There are only 126 of the critically endangered birds in the world.

The island is home to the only self-sustaining population of hihi (stitchbirds), twelve species of geckos and skinks, tieke (saddleback) and wetapunga (giant weta). There are also 400 native plant species, including 34 that are nationally or regionally threatened.