A fresh approach to saving the kiwi from extinction has been launched today thanks to a new $11.2 million investment from Budget 2015, says Conservation Minister Maggie Barry.

Date:  04 June 2015 Source:  Office of the Minister of Conservation

Our national bird is struggling to survive and faces a crisis. There are now less than 70,000 birds in the wild with the population falling 2% a year, largely due to invasive predators such as rats, stoats and ferrets.

“In our grandchildren’s time kiwi could be extinct in the wild on our main islands,” Ms Barry says. “The $11.2 million committed by Budget 2015 is set to be a game-changer, ensuring kiwi remain a living taonga and do not go the way of the now forever lost huia or moa.” 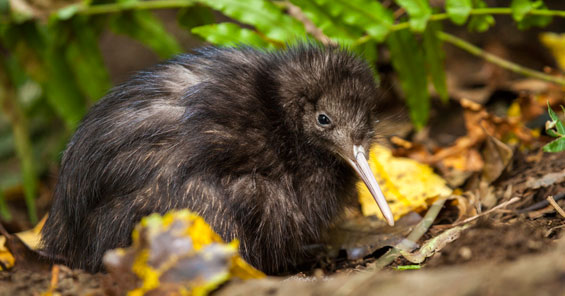 The vision of the new initiative is to turn the 2% annual loss into at least a 2% annual increase, focusing efforts on growing the population rather than managing its decline.

Kiwi breeding programmes on public and private land will be scaled up, with New Zealanders encouraged to use their farming skills to raise and release many more kiwi into the wild.

“We will be expanding the existing breeding programmes to raise more birds to a survivable weight in the safety of predator-free islands and sanctuaries,” Ms Barry says.

“As a nation, we are expert farmers, and I want to encourage more people to become involved in kiwi conservation efforts across the country.”

To boost community involvement, DOC will work with Kiwis for Kiwi, an independent trust, to distribute funds and help coordinate existing and new kiwi protection groups.

This extra fund will enable conservationists around the country to adopt new technologies and techniques in an effort to combat predators in their local communities.

At the same time, DOC will more than double the area of public conservation land it actively manages for kiwi, scaling up pest control and using the latest acoustic monitoring technology to keep track of populations.

DOC will now be able to employ ten more staff to work on kiwi protection including nine rangers and a science advisor to oversee monitoring and data collection.

“Nine out of ten kiwi chicks born in the wild die without protection from predators,” Ms Barry says.

“By expanding the area we are protecting, encouraging breeding and community involvement in protection, many more will make it to adulthood and have chicks of their own.”

“Kiwi will not be saved by one Government acting alone, and we need all New Zealanders to get behind our campaign to protect them. But I am confident that this programme will be a defining moment in our kiwi conservation history, the moment when we turned back the tide of extinction which threatens our national bird.”