Field monitoring results indicate rats and stoats have succesfully been knocked back across large areas of South Island beech forest this summer.

Over the last eight months DOC has treated more than 600,000 hectares of priority conservation areas using aerial 1080 to control rats, possums and stoats as part of its coordinated Battle for our Birds programme. 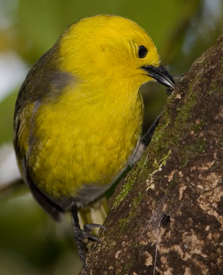 “Rat levels crashed in most areas and tracking indicates we’ve also knocked back the stoat plague that often follows these beech mast events.”

“It’ll take another breeding season to assess the full impacts but we’re already starting to see positive breeding results for some of the native birds and bats we’re watching closely.

“Early results show the nesting success of rock wren, mōhua, robin and riflemen was significantly higher in areas treated with aerial 1080 than those without.”

For example, rock wren nesting success in the Kahurangi aerial 1080 area was 85% compared to 30% in nearby areas without pest control, said Mike Slater.

“Whio/blue duck and bats also look to have benefitted although we don’t yet have the final results from these monitoring programmes.”

Mike Slater said some native birds had also been lost to 1080 through the pest control operations, including four out of 48 kea tracked at sites in South Westland, Kahurangi National Park, Arthur’s Pass National Park and at Lake Rotoiti.

“It’s unfortunate to lose any kea but without protection most kea chicks are killed by stoats so the overall benefits of these operations outweigh individual losses.”

Mike Slater said rat populations reached extreme levels at some sites and there were lower knock down rates than expected in a small number of operations although rat numbers still plummeted.

“We are closely analysing results so we can pinpoint the factors such as timing and sowing rates that we could improve in future predator plague responses.”

DOC is planning to carry out aerial 1080 pest control over about 250,000 hectares this year – about 50,000 hectares more than normal – to protect vulnerable native species from pests, said Mike Slater.

“We are not expecting another beech mast this year but the Battle for our Birds continues and DOC is committed to extending our regular pest control work to protect our most at-risk native animals and plants.” 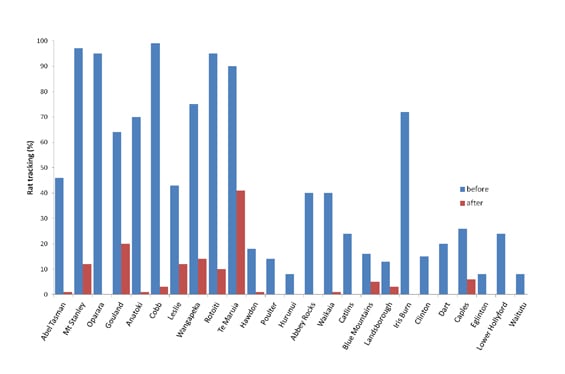 Battle for our Birds results - questions and answers

Get more information about Battle for our Birds results.