An 11th annual Cook Strait Whale Survey will get underway on Saturday (14 June 2014) that aims to determine how humpback whales are recovering since whaling ended and furthers efforts to protect the whales.

An 11th annual Cook Strait Whale Survey will get underway on Saturday (14 June 2014) that aims to determine how humpback whales are recovering since whaling ended and furthers efforts to protect the whales.

Former whalers will again be part of the Department of Conservation research team spotting for humpbacks migrating through the strait on their annual journey from Antarctic waters to South Pacific breeding grounds.

The Cook Strait Whale Survey, a DOC partnership with OMV New Zealand Limited, has run each winter since 2004. Its primary aim is to assess humpback whale recovery since commercial whaling ended in New Zealand in 1964 but the research assists also efforts to protect humpback whales in the South Pacific and Southern Ocean.

Last year bad weather hampered the survey effort making it difficult to see whales out at sea from an Arapawa Island lookout point. In total, 59 humpbacks were counted.  Researchers are hoping for better weather to enable more whale sightings in this year’s four-week survey which ends on Saturday July 12. 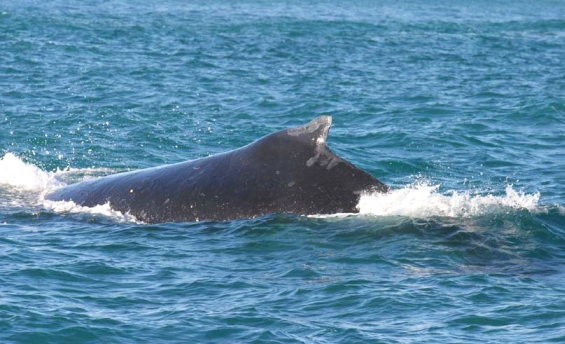 Wellington marine ecologist Nadine Bott, who leads the survey, said humpback whale recovery would be assessed by comparing numbers seen in the surveys to whalers’ records of humpbacks in Cook Strait from the 1950s and early 1960s.

“The survey findings have indicated the New Zealand humpback population is increasing but only slowly. We hope that with this year’s survey and next year’s, we will have sufficient data for more conclusive findings.

“Information about humpback whales in New Zealand had been scant before the survey began. I am very grateful to OMV New Zealand for working in partnership with us on this research which has increased our knowledge of the whales.”

This year for the first time former whalers and other research volunteers will be comparing their whale spotting skills in what is likely to be a friendly competition between the two. The former whalers will watch from the usual hut while others in the research team will be in a tent next to it.

“We are doing this to try and calibrate what the former whalers see versus what the volunteers see,” said Nadine. “This means if we want to replicate the survey in 10 years’ time, when we may not have the former whalers helping out, we will be able to assess if changes in the number of whales seen are due to population change or if observers are a factor.”

While some of the research team spot for whales on land, others in the team approach the whales by boat to gather information to identify individual whales. Photos are taken and skin samples using a biopsy dart tool, when possible. These can be checked against photographs and genetic samples from whales across the South Pacific to see if any match.

Support for the whale survey also comes from Transact Management Ltd which provides logistical assistance, the Bell Tea & Coffee Company which supplies tea and coffee to sustain the whale watchers in the winter cold, and the University of Auckland which provides genetic analysis support.