The Department of Conservation completed its Battle for our Birds aerial 1080 pest control operation in the Waikaia Forest in Southland yesterday.

The Department of Conservation completed its Battle for our Birds aerial 1080 pest control operation in the Waikaia Forest in Southland yesterday. 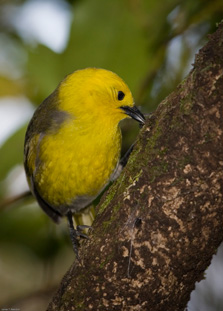 Rapidly rising rodent numbers due to beech seeding, and a predicted stoat plague this summer, would have put these vulnerable native species at risk.

DOC Conservation Services Manager Ros Cole said the Battle for our Birds programme was an important first step in protecting the special native wildlife in the Waikaia Forest.

“Controlling rat and stoat predators here for the first time will give the vulnerable long-tailed bat and mōhua populations a fighting chance.”

The application of biodegradable 1080-laced cereal baits at a rate of 1 kilogram per hectare over the target area follows its treatment with non-toxic “pre-feed” bait a week ago.

Deer repellent was used in both treatments to avoid impact on the red deer herd in agreement with the New Zealand Deerstalkers’ Association.

Warning signs advising the public about the dangers of the pesticide are in place at the main entrance points to Piano Flat Domain, the boundary of the treatment area, and private huts adjoining the Waikaia Forest Conservation Area. DOC staff have checked tracks and huts in the area and cleared baits off tracks.

Dog owners are reminded to ensure dogs are restrained at all times to avoid contact with pest carcasses. An eight-month caution period is in place and DOC staff will monitor carcass breakdown to determine when this can be lifted. 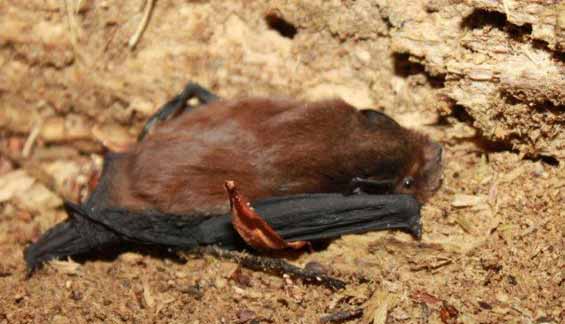 The Waikaia pest control area is an ‘island’ of mixed beech forest surrounded by farm and pastoral lands in northern Southland that is ecologically special and home to a number of vulnerable native species.

Aerial 1080 is an effective method of knocking down plague levels of rats and mice following a beech mast (seeding) as well as possums. Removing the rodent food source prevents a stoat plague, and stoats are also killed after feeding on poisoned rats and mice. Pest control operations are timed to best protect native birds and bats, which are particularly vulnerable during the breeding season and when roosting in holes in trees.

The cereal baits were sown at a rate of 1 kilogram per hectare using GPS-guided feeder systems. The poison content of the bait is about 1.5 grams per hectare.

The operation followed stringent safety procedures and buffer zones were in place around significant waterways and other non-target areas.

The Waikaia operation is one of 22 confirmed operations that will use aerially applied 1080 over about 600,000 hectares of conservation land to knock down rising predator numbers fuelled by unusually heavy seeding in South Island beech forests.

The coordinated Battle for our Birds pest control programme is targeted to protect the most at-risk populations of mōhua/yellowhead, kākāriki/parakeet, kiwi, whio/blue duck, kea, kākā, rock wren, giant land snails and native bats at sites across the South Island.