The results from autopsies have found that the lethal wounds on 29 little penguins, found dead along the coast at Doctors Point near Dunedin, were caused by mustelid jaws.

The results from autopsies conducted by Wildbase (Institute of Veterinary Animal and Biomedical Sciences,Palmerston North) have found that the lethal wounds on 29 little penguins, found dead along the coast at Doctors Point near Dunedin, were caused by mustelid jaws.

DOC’s Conservation Services Manager in Dunedin, David Agnew, says that the deaths will have a serious impact on the local little penguin (also known as little blue penguin) population and is a demonstration of the devastation even a single stoat or ferret can cause to our native wildlife.

“It’s going to take many years for the population to recover from this rampant attack – quite likely from just one stoat or ferret. It shows that these mammalian pests are hardwired to kill our wildlife for food or sport.”

With assistance from the Dunedin City Council’s dog control team, DOC rangers have put a motion-sensitive camera in place to record the killer. DOC staff have also placed traps along the stretch of coastline to protect surviving birds.

“At this time of year penguins are particularly vulnerable as they are raising chicks. We’ve lost these birds plus any offspring they would have added to the population in years to come”, says David Agnew.

“This is a popular dog-walking beach and we ask the community to be particularly careful to protect the remaining birds by keeping their pets under control and reporting any predator sightings."

The deaths were first reported to DOC by a member of the public who called the DOC hotline (0800 362 468) on Saturday morning. More dead birds were found in subsequent visits to the area by DOC rangers and the Council’s dog control team. 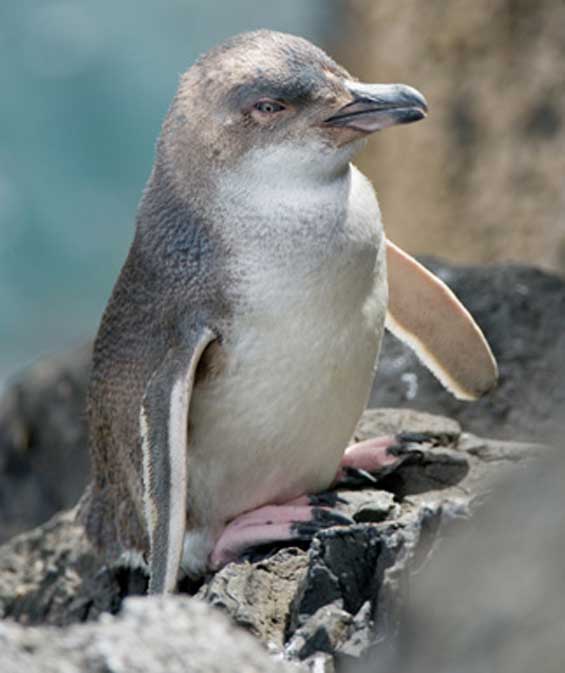 View a nest live stream and learn more about the world’s smallest penguin. The little penguin is just over 25 cm and weighs about 1 kg.