DOC was pleased at the sighting of a southern giant petrel from the Antarctic Peninsula at Hicks Bay, East Cape last month.

DOC was pleased at the sighting of a southern giant petrel from the Antarctic Peninsula at Hicks Bay, East Cape last month.

Two fishermen saw the mystery seabird and recorded information from a leg band before releasing it. The identity was verified by DOC’s National Banding Office as a southern giant petrel, says Conservation Services Ranger Jamie Quirk. 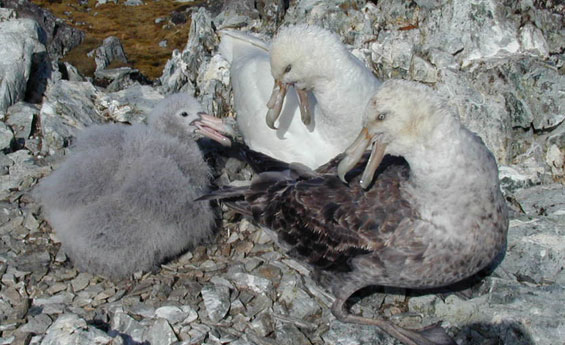 “The seabird is part of a long-term study with scientists finding the recovery invaluable to their research. The petrel was banded on Hermit Island as a chick near Palmer Station on the Antarctic Peninsula in February this year.”

“We know these seabirds circumnavigate the Southern Ocean, and at 10 months old, an amazing journey for one so young”, says Mr Quirk.

The parents have bred annually since 2006, with six of the eight years, successfully fledging young. The mother was 16 years old during this year’s breeding season, while the father was first banded as an adult (age unknown), when the pair claimed a breeding territory on Hermit Island in 2006.

Bird bands are a permanent marking technique used to identify individual birds. Each metal band carries its own unique prefix and number. From banding birds scientists can study the life cycle (births, deaths, age of breeding), habits such as bird behaviour, breeding activities and what they eat, and also the movements of birds.

The public are reminded to report the sightings of banded birds to the DOC hotline 0800 362 468. See bird banding for more information. 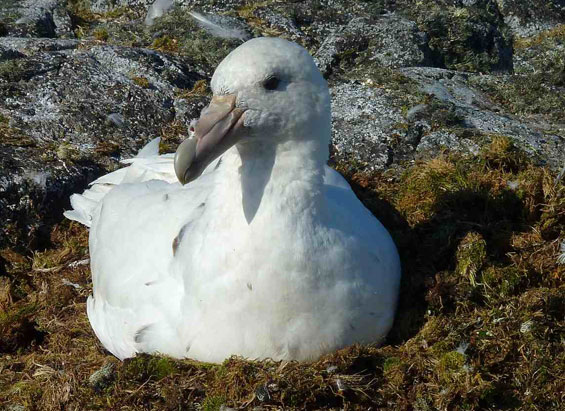 After fledging, juvenile birds spend their first two or three years of life at sea on an extensive migration, in which they circumnavigate the Southern Ocean.