Kākāpō have had their most successful breeding season in three years with six chicks making it to the fledging stage this year, Conservation Minister Dr Nick Smith announced today.

Kākāpō have had their most successful breeding season in three years with six chicks making it to the fledging stage this year, Conservation Minister Dr Nick Smith announced today.

“These six fledging kākāpō bring the adult population of the world’s largest parrot to 126. This is great news for a population that only 20 years ago was in decline and was down to just 51 birds. The ongoing success of the breeding programme is a tribute to the Department of Conservation's dedicated scientists and field staff and our long-term sponsors New Zealand Aluminium Smelter," Dr Smith says. 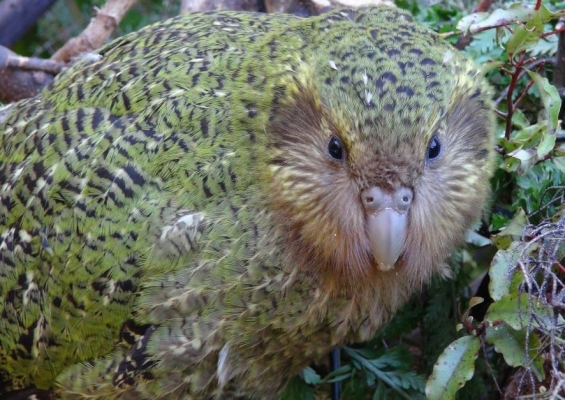 Three of the fledged chicks had to be hand-reared and were today released by the Minister and New Zealand Aluminium Smelter Chief Executive Gretta Stephens into the wild on Whenua Hou (Codfish) Island. They will join three other chicks that were successfully raised in the wild on the island. The breeding programme this year produced 18 eggs – three on Hauturu (Little Barrier) Island and 15 on Whenua Hou, eight of which were fertile.

“Breeding kākāpō is very challenging, with the species only programmed to mate during podocarp mast, which occur once every three to five years. It is complicated by the surviving population being old and male due to cats and stoats preying on breeding females. The small population and lack of genetic diversity that results in low egg fertility further limits breeding," Dr Smith says.

The generous support of New Zealand Aluminium Smelter over 24 years has seen $4.35 million contributed to the Kākāpō Recovery Programme and reinforces the value of business conservation partnerships.

“The slight disappointment from the 2014 breeding season is that only two of the six fledglings are female. The Kākāpō Recovery Programme is deliberately sexist with a medium-term goal which was set in 2006 of 60 females. These two fledglings bring the female total to this milestone two years ahead of plan.

“The 2014 successful breeding season and the release of these fledglings today is great news for the kākāpō and brings these iconic birds another step away from extinction.  We need to keep up our conservation efforts and now focus on the long-term goal of 150 females in at least three sanctuaries,” Dr Smith concluded.

Learn about kākāpō conservation, donate or get involved.