The Whio Forever partnership is adding another tool to its arsenal of protection this year with funding to build a new whio rearing facility at the Tongariro National Trout Centre near Turangi.

The Battle for our Birds continues with the spotlight shining on whio next month.

The whio is the unique native duck only found in New Zealand’s fast flowing waters. With fewer than 2500 whio left nationwide Genesis Energy and the Department of Conservation have partnered together in a five year programme to secure the future of this threatened native bird.

The Whio Forever partnership is adding another tool to its arsenal of protection this year with funding to build a new whio rearing facility at the Tongariro National Trout Centre near Turangi. 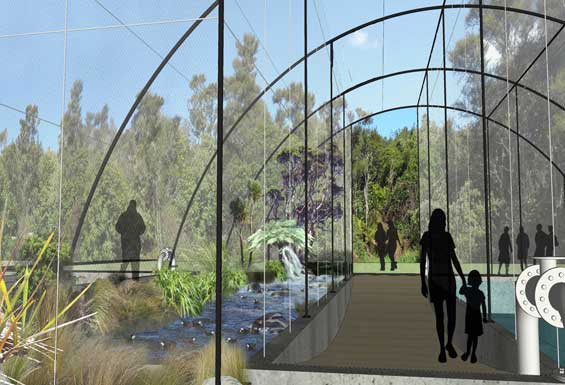 Artists impression of the new whio rearing facility to be built

National Whio Recovery Group leader Andrew Glaser says the North Island whio rearing facility will help recover the national whio population by allowing whio ducklings to ‘grow and train’  in a more natural environment. “It’s like a finishing school for whio, where they can learn to swim and feed in fast flowing water, giving them a better chance of survival when they are released back into the wild.”

“A facility like this will mean more ducklings survive the transition from captivity back to the wild, so they can establish their own territories and find mates. This will help us boost the population in the wild,” he says. 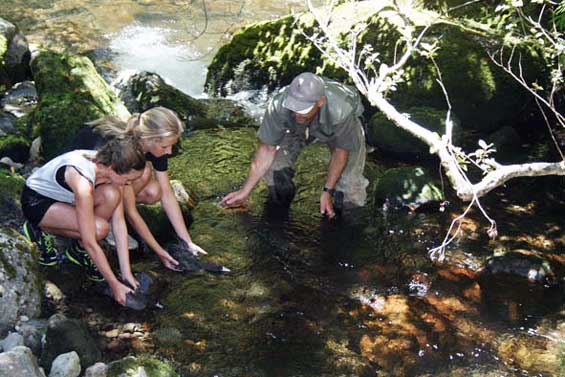 Andrew pointed to the success of restoring the whio population in Egmont National Park which has been achieved through a combination of predator control activities and the release of captive reared birds over the past nine years.

“We’ve been able to bring whio back from local extinction,  and develop the tools and knowledge to  enable us to do this in other areas of the country.”

“This is the first successful restoration of a whio population in New Zealand. It is a credit to the Taranaki community and shows what can be done with an effective trapping regime and WHIONE (lifting eggs and hatching and rearing in safe captivity).”

The whio population in Egmont National Park has grown from almost nothing to 24 pairs of whio since 2005. This breeding season a record 36 ducklings hatched in the park, although it’s not yet known how many of these will survive into adulthood. 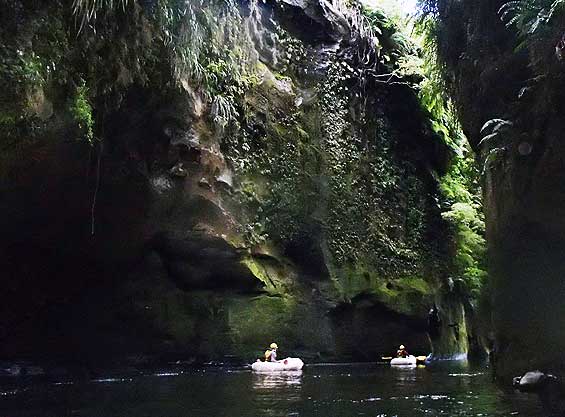 The Tongariro National Trout Centre’s rearing facility will give more whio ducklings a fighting chance of making it to fledglings in a safe secure environment.

Using existing infrastructure at the trout centre the facility will be constructed on one of the redundant trout raceways and will give visitors the chance to see whio and learn more about the iconic bird.

Interpretive and educational material will promote whio conservation, including their role as an indicator of a healthy river system.

Existing whio rearing or hardening facilities are located at Te Anau and at Peacock Springs near Christchurch. Using South Island facilities means extended travel for North Island whio ducklings. Constructing a low cost facility in the North Island reduces the risk and expense associated with this.

The facility will cost an estimated $110,000 with funding from the Whio Forever partnership, DOC and the Central North Island Blue Duck Charitable Trust.

Construction is due to start in the next two months and it is hoped to be completed for the arrival of the first ducklings in September this year.