The Department of Conservation has this week completed its Battle for our Birds pest control in the Maruia valley and adjoining areas to protect native wildlife from rat and stoat plagues.

The Department of Conservation has this week completed its Battle for our Birds pest control in the Maruia valley and adjoining areas to protect native wildlife from rat and stoat plagues.

Aerial application of cereal baits containing biodegradable 1080 pesticide has taken place over about 81,000 hectares in the Maruia valley and Glenroy, Upper Grey and Inangahua river catchments. 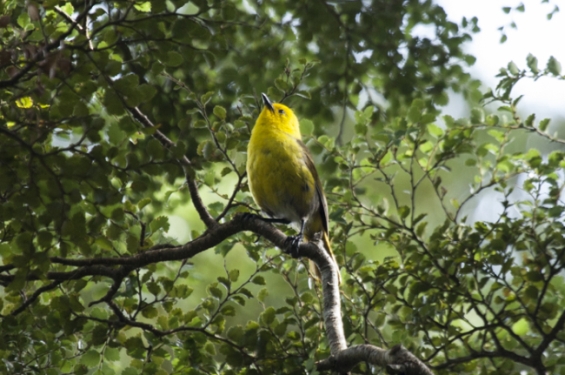 The aerial 1080 pest control was targeted at knocking down high rat numbers fuelled by an exceptionally heavy beech seed-fall, known as a mast. It also substantially reduces stoats through their eating poisoned rodent carcasses, preventing a stoat surge in summer.

The 1080 bait application also reduces possums which cause browsing damage to native vegetation and prey on native birds, their eggs and giant snails.

Monitoring of the success of the pest control operations will take place in coming weeks, including assessing the knock-down of rats.

DOC Greymouth Conservation Services Manager Shane Hall said rat tracking had risen to 67% in the Maruia valley area in August and rat numbers were peaking at much higher levels before the pest control but their numbers should now remain low   over the breeding season.

“Our pest control was timed to protect nesting native birds. With fewer predators to attack nests, birds can raise more young to increase their populations.

“Previous monitoring of parakeets in the Maruia valley during a mast year and 1080 operation has shown the benefits of removing rats. The abundant seed is utilised by parakeets, allowing multiple chicks to fledge instead of being gobbled up by rats.

Warning signs are in place at main public entrances to the pest control areas to advise the public of the risks of the pesticide and poisoned carcasses.

The Maruia operation is one of 25 confirmed Battle for our Birds operations using aerially-applied 1080 over about 680,000 hectares of conservation land. Aerial 1080 predator control has been completed over about 50% of the total area so far, including three operations out of five planned over about 260,000 hectares in Kahurangi National Park.

The Battle for our Birds aerial 1080 pest control has two separate phases —the sowing of non toxic “pre-feed” bait, to encourage rats and possums to eat the baits, followed by application of biodegradable poison 1080-laced cereal baits soon after

The 1080-laced cereal baits were sown at a rate of 1 kilogramme per hectare in the Maruia valley area.