Four giant timber viaducts built nearly a century ago in the rugged Waitutu Forest on the south coast of the Fiordland National Park are to be restored in an agreement between the DOC, the Southland District Council and the Port Craig Viaduct Trust.

Date:  22 February 2014 Source:  Office of the Minister of Conservation

Four giant timber viaducts built nearly a century ago in the rugged Waitutu Forest on the south coast of the Fiordland National Park are to be restored in an agreement between the Department of Conservation, the Southland District Council and the Port Craig Viaduct Trust, Conservation Minister Dr Nick Smith announced today. 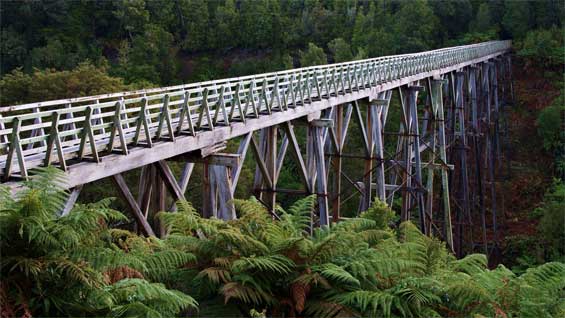 “We need to restore and protect these massive viaducts as a tribute to the incredible engineering feats of our pioneering ancestors. They are a spectacular feature of the Hump Ridge Track along the south coast of Fiordland that generations of New Zealanders and international visitors must continue to be able to enjoy,” Dr Smith says.

The four viaducts were built in the early 1920s as part of a timber tramline to the Port Craig logging and sawmill operation. The sawmills were dismantled after the Great Depression. In the 1990s the viaducts became part of the Hump Ridge Track. The largest viaduct, the Percy Burn, which is the highest timber trestle bridge in the Southern Hemisphere, had to be closed in May last year because of safety concerns with the decay and corrosion of the key structural elements. The four viaducts have Category 1 Historic Places Trust registration and are listed as one of New Zealand’s top 50 engineering structures.

“It is a huge credit to the Southland District Council, the Port Craig Viaduct Trust and the local managers of the Department of Conservation that an agreement has been reached on restoration of the viaducts and their long-term maintenance.

“These funding problems are difficult to resolve because no one organisation has responsibility and parties could argue for years over who should fund what. I admire the typical southern pragmatism that has delivered this long-term funding partnership where costs will be shared one third each between the Government, the council and community.

“This agreement is particularly good for the Tuatapere Hump Track Charitable Trust and Southland tourism, as the option of rerouting the track around the viaducts would take away some of the ‘wow’ factor of the Hump Ridge Track experience.” 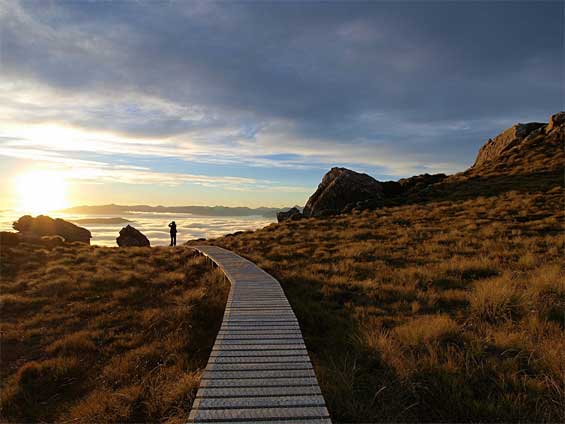