Mountain bikers can start riding the Heaphy Track from Monday 5 May when the track will reopen following the clearance of fallen trees and other storm damage.

Mountain bikers can start riding the Heaphy Track from Monday 5 May when the track will reopen following the clearance of fallen trees and other storm damage.

The storm on 17 April caused extensive tree windfall on the Heaphy Track forcing the closure of the track and delaying the start of its winter mountain biking season which was due to start yesterday (1 May).

The track, in Kahurangi National Park, partially opened from its western Karamea end this week but now the full 78-kilometre track will reopen from Monday to mountain bikers and walkers. 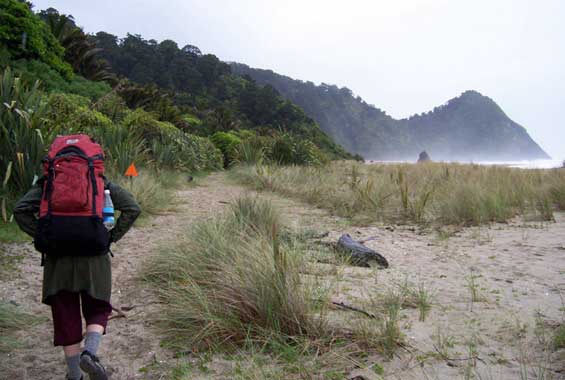 Wild seas of the West Coast from the Heaphy Track

Parts of the track are still not yet up to their usual standard. Bikers and walkers are advised to take extra care and watch out for loose vegetation in trees and some minor debris on the track, particularly in the sections between Brown and Perry Saddle huts and between MacKay and Lewis huts.

Department of Conservation staff have put in a big effort over the past two weeks to clear fallen trees on the Heaphy Track with extra staff being brought in to speed up the clean-up.

“We had thought it might take until 12 May to clear and reopen the track but we are pleased to be able to open it a week sooner than expected due to the considerable effort our staff have put in, helped by fine weather.

“Our main concern has been to get the track fully open but we are still doing further work to clear debris on the track and we are advising people riding or walking the track to take extra care until that is done.”

The Heaphy Track mountain bike season runs from 1 May to 30 September.

Hut bookings can be made and more information found on what to expect and what to take when biking the Heaphy Track on the DOC website.