Over the winter months, seals spend much of their time resting on beaches and rocky shores around Wellington and Kapiti. Fur seals often need rest, not rescuing.

Over the winter months, seals spend much of their time resting on beaches and rocky shores around Wellington and Kapiti. Fur seals often need rest, not rescuing.

Department of Conservation ranger Brent Tandy said 'Between July and October male seals 'haul out' prior to the breeding season, and seal pups have been weaned and are learning to make their own way in the world.'

'Seals can be found in unexpected places, and at times remain in one location for several days or more. Left to themselves, seals will usually move on,' said Mr Tandy.

Although seals can look scrawny, they are not sick, but young and learning to hunt. 'Weeping eyes, regurgitating, sneezing and coughing are normal seal habits,' said Mr Tandy. 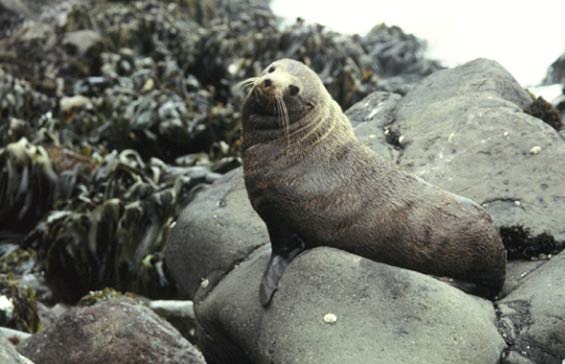 DOC will only intervene with seals if they are seriously injured, entangled, or in a dangerous place, such as on roads or roadsides.

A recent attack of a seal on a Dunedin beach is a reminder to dog owners to be extra vigilant and keep their pets under control.

The population of New Zealand fur seals/ kekeno are recovering in the Wellington region and this is increasing their visibility. The main haul out colonies are at Red Rocks/Sinclair Head and Tongue Point, although seals can turn up anywhere on the coast, or even up the Hutt River.

For safety, people are encouraged to enjoy fur seals from a distance of at least 20 metres, and avoid getting between a seal and their escape route to the sea.

Mr Tandy said seals are wild animals and can defend their territory aggressively. 'Adult seals can move surprisingly quickly on land. While they can look harmless, seals are capable of inflicting injuries to dogs or people."