Kakapo Recovery has discovered two kakapo mums nesting on Whenua Hou/Codfish Island – the first time in three years - but it will be another week before it’s known whether their eggs are fertile.

Kākāpō Recovery has discovered two kākāpō mums nesting on Whenua Hou/Codfish Island – the first time in three years - but it will be another week before it’s known whether their eggs are fertile.

“We are really starting to fizz, with seven females already having mated. That includes Huhana who, at just five-years-old, is the youngest female we’ve ever known, to mate.”

The two known nests belong to Lisa, an experienced kākāpō mum, and Tumeke who has bred before but had infertile eggs.

Kākāpō breeding on Whenua Hou is triggered by the amount of rimu fruit available on the island. It’s the food mother kākāpō feed their chicks and although it seemed patchy in places the females were obviously convinced there was enough around to raise their babies. 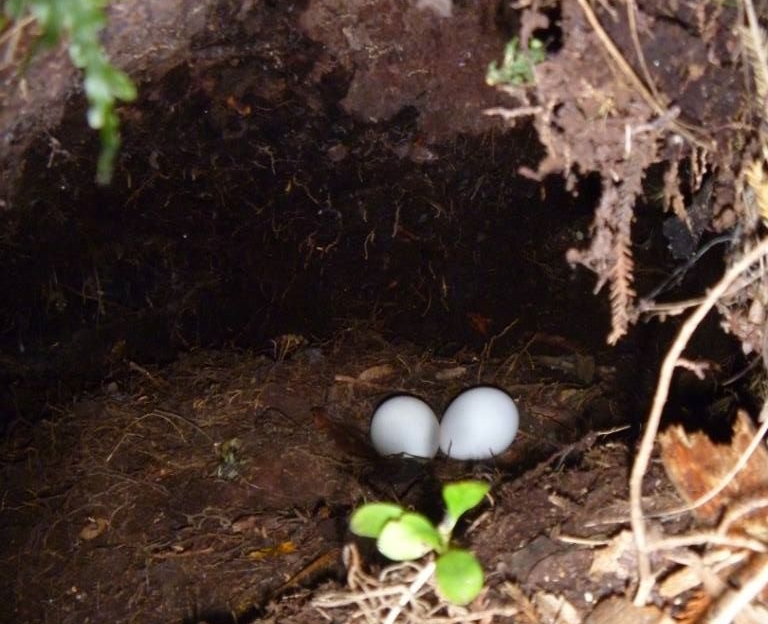 Kākāpō Recovery programme manager Deidre Vercoe Scott said it was the first time since 2011 that kākāpō had nested and, despite the late start to the breeding season, it was unfolding better than expected.

“From a conservative estimate of five to 10 nests at the beginning of the season, the team is now preparing for the possibility there could be up to 15,” Ms Vercoe Scott said.

The current kākāpō population is 124, up from a low of 51 in 1995. There has been no breeding during the past two summers because of poor rimu crops.

First signed 24 years ago, the agreement is DOC’s longest running conservation partnership and has already injected $4 million towards breeding programmes, predator proof sanctuaries and innovative research for the flightless parrot.

The long term kākāpō recovery goal is to have 150 females at three separate sites, one of which is self-sustaining.