The kiwi injured in a possum trap a month ago was released at Opato in the Waioeka Gorge near Gisborne last week. The kiwi was released in a Punga forested gully and hung around for a few minutes sniffing the ground and ignoring staff then disappeared into nearby punga fronds.

The kiwi injured in a possum trap a month ago was released at Opato in the Waioeka Gorge near Gisborne last week.

The kiwi was released in a Ponga forested gully and hung around for a few minutes sniffing the ground and ignoring staff then disappeared into nearby ponga fronds. 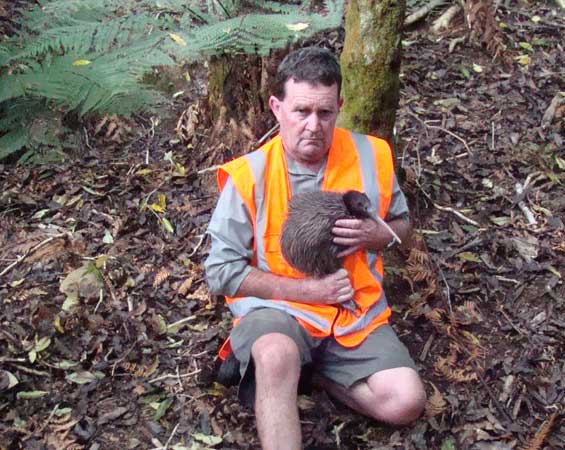 “It’s a miracle it had survived so long in the wild with the threat of predators. Very few juveniles make it to adulthood but this is a good news story and it’s great to be able to return her home.”

“Our thanks go to the vets at Wildbase Hospital who rely on donations to enable them to do the work with native wildlife” says Ms White. 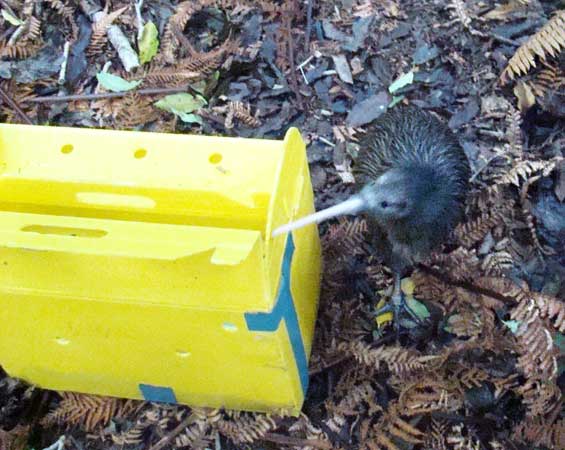 Kiwi checking out surroundings before heading into punga fronds

We wish the kiwi well and hope she finds a mate to boost the East Coast population.

Kiwis for kiwi is the trading name of The Kiwi Trust. Established in October 2012, it continues more than two decades of work by BNZ Save the Kiwi Trust to help protect kiwi and the places they live. Kiwis for kiwi raises and distributes funds to community, DOC and volunteer groups helping save kiwi throughout the country.

BNZ Operation Nest Egg is a powerful tool to reverse the decline of kiwi populations. Eggs and chicks are harvested from nests to save them from stoats and cats. The young kiwi are returned to the wild when they weight about 1kg, big enough to fight off these predators. More than 2000 kiwi chicks have been returned to the wild since its inception in 1994, with captive facilities and hundreds of field workers from DOC and community groups throughout the country contributing to its success

Kiwis for kiwi works in partnership with the Department of Conservation (DOC) with a vision to take kiwi from endangered to everywhere.