Ten critically endangered takahē were moved from Fiordland to a predator free open sanctuary, in Tawharanui Regional Park north of Auckland today, (Saturday Oct 4) as part of the programme to ensure the survival of this rare native bird.

Ten critically endangered takahē  were moved from Fiordland to a predator free open sanctuary, in Tawharanui Regional Park north of Auckland today, as part of the programme to ensure the survival of this rare native bird.

The takahē began their journey at the Burwood Bush Takahē Rearing Unit, near Te Anau, run by the Department of Conservation (DOC) Takahē Recovery Team.

The 10 takahē  were captured before dawn on Saturday, placed in specially designed Mitre 10 Takahē Rescue transport boxes and driven to Queenstown Airport. 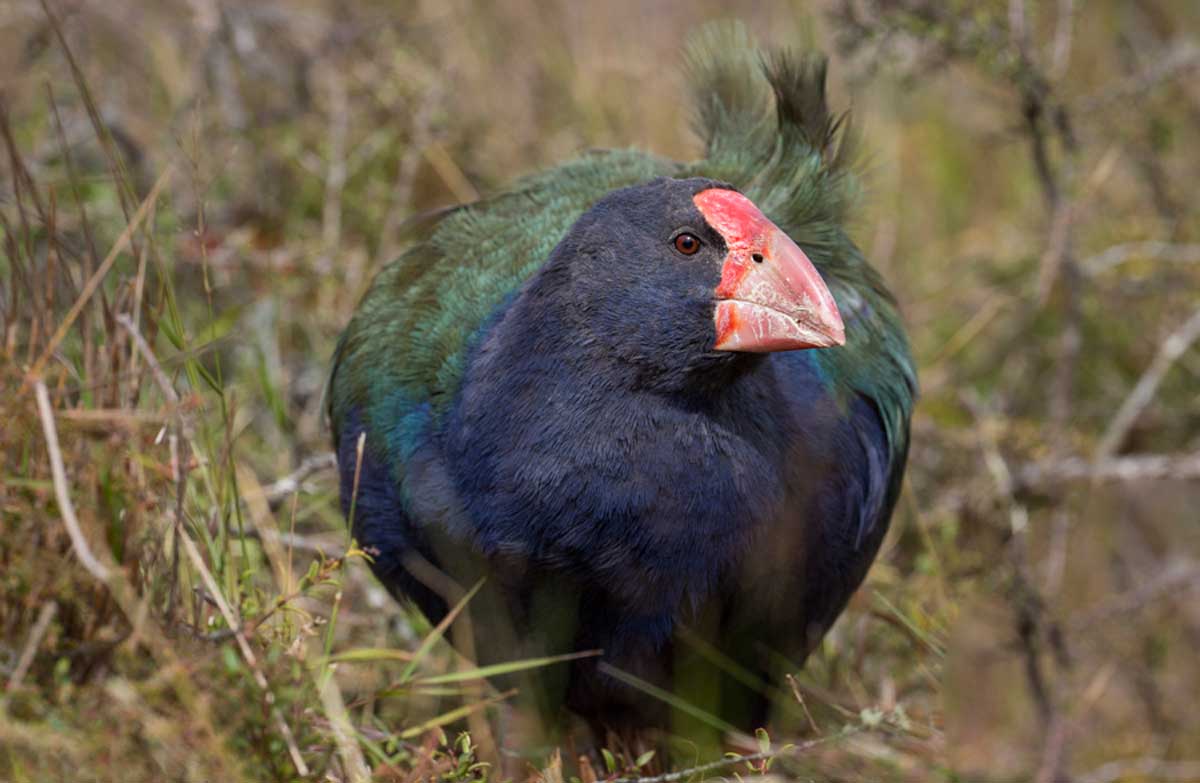 At the airport the flightless birds were loaded onto an Air New Zealand passenger flight to Auckland. The airline has an extensive partnership agreement with DOC that includes flying endangered native wildlife to new homes as part of the work to ensure their survival.

"Since the beginning of our partnership we have translocated nearly 1300 native animals. As the national carrier, this is a great example of using our resources to contribute to common biodiversity outcomes for New Zealand."

From Auckland Airport the takaheÌ  were driven to Auckland Council’s Tawharanui Regional Park, east of Warkworth, for the first release of these special birds into the wild on the Auckland mainland.

DOC’s takahē  conservation manager, Deidre Vercoe, says with funding from Mitre 10 Takahē Rescue the recovery programme is working to secure the species’ survival by having 125 breeding pairs of takaheÌ  established at predator free sites like Tawharanui, where a 2.5km predator-proof fence keeps stoats, rats and other pests out.

"With only 58 breeding pairs at safe sites right now, we have a long way to go to secure the survival of takahē . TaÌ wharanui has an import role to play in this work as it provides another safe home to breed more takaheÌ ," says Deidre Vercoe.

"We thank Auckland Council and TOSSI for preparing the sanctuary for these 10 takahē . We will be releasing more takahē here. We aim to establish a population of 10 breeding pairs at Tawharanui."

Councillor Christine Fletcher, Chair of Auckland Council’s Parks, Recreation and Sport Committee says this is a tremendous occasion for the open sanctuary and a responsibility that council and the community has prepared for, for some time.

"Today’s release celebrates the hard work that has gone on for more than a decade to create a safe haven for a critically endangered species like takahē on the Auckland mainland - in a place where recreation and farming coexist with conservation.

"We are proud that council plays a role in managing parks with such important conservation outcomes; we acknowledge the vital role that the community, and in particular TOSSI, plays in making this happen; and we value our partnerships with Ngati Manuhiri and the network of agencies and groups that contribute to the recovery of takahē  nationally," Councillor Fletcher says.

Tawharanui Open Sanctuary Society chair Ngaire Wallen says planning and fundraising for the arrival of takahē  has been the society’s major project for the last 12 months.

"We are confident that takahēwill be another very successful translocation into the open sanctuary. With only around 260 takaheÌ  left in the world, these ten birds are incredibly precious."

"TOSSI and our community have supported the building of additional containment fence in preparation for the birds’ arrival. We are also well prepared to closely monitor the birds to maximize their wellbeing, particularly in the first month after their arrival. We are confident they will settle in well and thrive here."

"The ongoing support of all our volunteers and donors is very much appreciated and we especially recognise the generosity of the Tindall Foundation and Mitre 10 MEGA Warkworth," says Ngaire Wallen.

"Takahē are taonga and we thank Ngāi Tahu for their support in transporting these 10 takahē  from Fiordland to Tawharanui. We know the birds will be safe in their new home in the care of the Tawharanui mana whenua, Ngati Manuhiri, Auckland Council and TOSSI," says Deidre Vercoe.