The opportunity to put on a snorkel and find out what’s under the water near the Tasman Bay marine reserves is happening again this year as part of Seaweek.

The opportunity to put on a snorkel and find out what’s under the water near the Tasman Bay marine reserves is happening again this year as part of Seaweek.

Experiencing Marine Reserves, Department of Conservation, Nelson Underwater Club and Nelson Environment Centre have come together to provide free 40 minute snorkelling tours at Cable Bay, near Horoirangi Marine Reserve, between 9:30 am and 12.00 pm on Sunday 9 March.

A Tonga Island Marine Reserve community snorkelling day will be held off Tonga Quarry in Abel Tasman National Park on Sunday 23 March from 8:00 am to 3:00 pm. 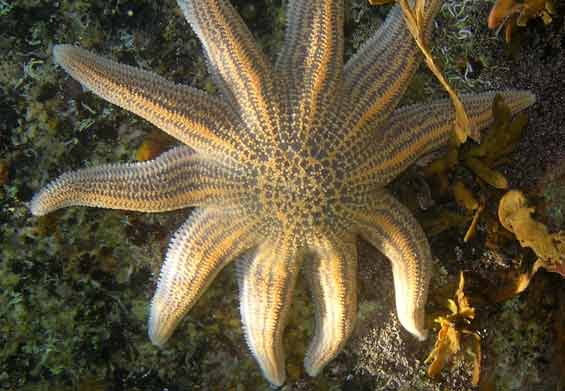 Megan Wilson, Co-ordinator of Experiencing Marine Reserves, said these are wonderful opportunities for people to experience these treasures in our local marine environment up close.

“There is so much happening under the water in our own backyard that many people do not know about. This event gives everyone a chance to get out into our local marine environment and see these treasures for themselves.

“With two marine reserves in Tasman Bay, we have easy access to getting up close with many of the wonderful creatures that live in the sea. Taking a guided tour enables people to find out more about the marine environment than they might by themselves.”

The snorkelling day at Cable Bay is free. People may bring their own gear if they have it, or bring a gold coin donation to have all equipment provided (wetsuit, mask, snorkel and fins). Nelson Underwater Club is providing experienced snorkelling guides and safety boats. Participants must be 7 years and over.

For those who are not so keen on getting wet, there is a chance to explore the rock pools with Julie McClintock from Forest and Bird and Christina Armstrong from Cawthron Institute. Richard de Hamel will also be talking about the Otago University Marine Metre Squared project. The event is supported by the Tindall Foundation.

Interested people can register for updates by sending their cell phone number to meganwilson@nec.org.nz

Marine reserves are protected areas of sea and foreshore, established under the Marine Reserves Act 1971 to preserve a variety of marine habitats in their natural state. The Department of Conservation manages marine reserves.

Marine reserves provide a window into natural marine ecosystems so the public can enjoy the recreation opportunities and observe and study marine life. The public is encouraged to visit and enjoy marine reserves, whether by diving, boating or simply exploring rock pools.

The reefs support a typical array of animals. Shellfish, anemones, sponges and sea squirts cling to the rocks; snails, starfish and crustaceans move secretively amongst the boulders, and various fish patrol above. Ambush starfish are unusually common in Horoirangi, and their colours provide a sharp contrast to the subdued hues of the rocks and most of the other reef species.

Tonga Island Marine Reserve stretches along the Abel Tasman coastline between headlands off Bark Bay and Awaroa Inlet.  It is home to seals and little blue penguins; crustaceans such as hermit crabs, kina, starfish, and crayfish; and a range of inshore fish such as tarakihi and blue cod.