Eighty five endangered grand and Otago skinks have been collected near Wanaka in an operation led by the Department of Conservation (DOC) aimed at increasing their numbers.

Eighty five endangered grand and Otago skinks have been collected near Wanaka in an operation led by the Department of Conservation (DOC) aimed at increasing their numbers.

Ongoing decline in western grand and Otago skink populations has prompted DOC and several other agencies to collect the skinks from their Grandview Range habitat in the Lindis. The skinks will be housed temporarily at zoos, wild life parks and ecosanctuaries throughout New Zealand, as part of a breed-for-release programme. 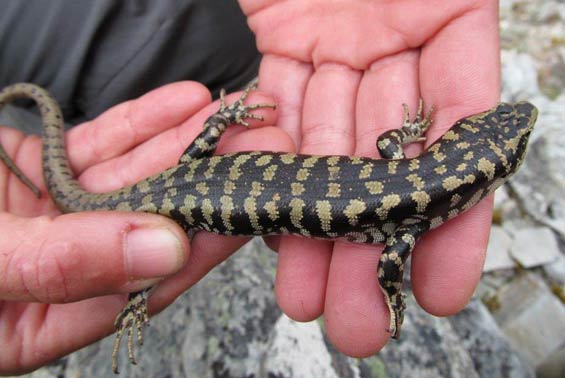 This programme aims to increase numbers of both species so they can be released back into secure sites within their former range, Grand and Otago Skink Project Manager Gavin Udy said.

“This project is a great example of conservation agencies and individuals working together to ensure the ongoing survival of an iconic, unique and endangered New Zealand species,” Mr Udy said. Since the collection, 21 juvenile skinks have been born in captivity from this group.

DOC’s Grand and Otago Skink Project looks after two groups of the animals – an eastern group and a western group. The eastern group near Macraes Flat is increasing as it is protected by DOC’s predator-proof fenced enclosure and extensive trapping.

Now the focus is on increasing numbers of the western group.

Other groups, organisations and stakeholders involved in the conservation effort include:

DOC also thanks adjoining landowners and iwi for their support.