The Department of Conservation Coastal Otago Conservation Awards have been announced. Find out what groups and individuals have been recognised for their efforts this year.

Tahuna Intermediate, Portobello and Weston Schools are this year’s recipients of the Toroa Award, recognising the outstanding conservation work by their students.

Tahuna Intermediate students with rubbish they collected from Tomahawk Lagoon

The outstanding contributions of all the finalists reflect the aim of Conservation Week 2014 - encouraging more people to play an active role in conservation. Next Tuesday night (4 November, 2014), DOC will acknowledge these contributions at the annual Coastal Otago Conservation Awards in Dunedin.

DOC Regional Partnerships Director Barry Hanson said the winners demonstrated either a lengthy commitment to conservation or the completion of a significant conservation project.

This year’s Conservation Award recipients are:

DOC has been concerned about the effect of the increasing number of visitors on yellow-eyed penguin populations on Otago Peninsula. This led to a volunteer group being set up in 2006 to manage visitor interactions at the Sandfly Bay Wildlife Reserve.

Sandfly Bay volunteers provide information to the 50,000 people who visit the reserve every year, hoping for a glimpse of the endangered penguins. They volunteer their evenings between October and April to educate and prevent visitors from disturbing penguins and other wildlife. They encourage people to appreciate wildlife from the viewing hide rather than going down to the beach to get closer photos and disturbing the penguins while they return to their nests.

The work of the volunteers has resulting in more and healthier chicks at the reserve. One volunteer also checks traps once a week within the reserve, trapping a significant number of stoats, rabbits, rats, ferrets and hedgehogs. Penguin Place on Otago Peninsula is dedicated to helping the survival of yellow-eyed penguins by rehabilitating sick, starving or injured penguins.

In particular, Penguin Place is being recognised for its phenomenal response to the poor breeding season the penguins experienced last season. More than 160 penguins were rehabilitated, with up to 80 penguins in the unit at any one time. Feeding them took up to eight hours of staff time every day. The work of Penguin Place greatly increased the number of chicks which survived last season. 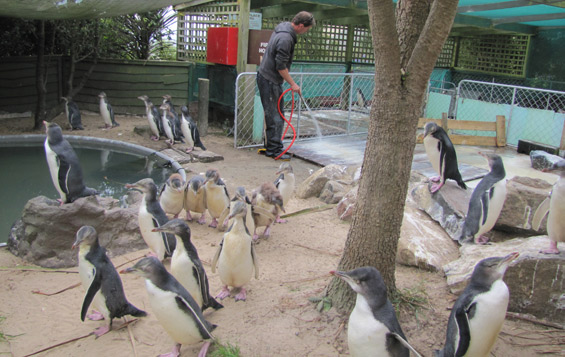 For the past 24 years, Martin and his daughter Robyn have been working hard to restore the rata forest of Moturata/Taieri Island. The island was covered in the “red beacon” of rata trees before wildlife and erosion stripped the island of much of its vegetation.

Martin has written many applications for funding to ferry manuka slash (branches with ripe seed) to the island by boat and helicopter. He also arranged collection of soil and seeds, which were grown at Taieri Beach School and then planted on the island. The pair devised a method of carrying water to the island, which led to greater plant survival. 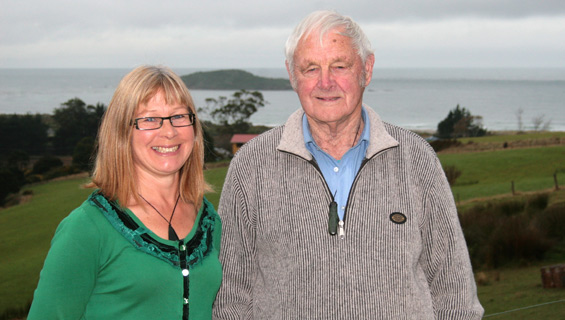 Robyn and her father Martin

Dave discovered the ancient peripatus, or velvet worm, on his property in Caversham in 1988 which was the beginning of his long journey to understand the species.

Now, 26 years later, Dave has become a ‘champion of the cause’ for his efforts to have the worms protected.

In 2010 during state highway improvements in Caversham, a contractor unintentionally destroyed a site with high concentrations of peripatus. Dave worked hard to safeguard and protect remaining peripatus habitat in the area by negotiating and lobbying for an offset to the losses incurred by the road improvements.

He pushed hard for publication of a peripatus management plan this year, contributed his knowledge to the plan and continues to lobby for further funding for implementation of the plan. 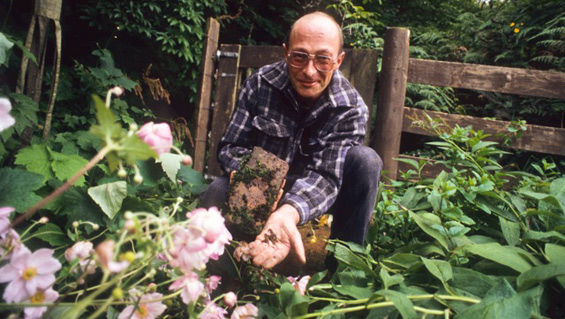 Over the last five years, Tahuna students have investigated the water quality of Tomahawk Lagoon on Otago Peninsula. Students have collected water samples, tested for pH, conductivity, clarity, temperature and dissolved oxygen, recorded biodiversity, and cleaned up the lagoon.

They’ve uploaded their data to the Globe website and their findings are communicated through local media and the science community. They’re planning a newsletter for the Tomahawk community, want to get involved in a riparian planting project, and are making a checklist for future students to carry on their good work.

Tahuna teacher Roddy Scholes says, “Tomahawk Lagoon needs people keeping an eye on it – hopefully we can contribute to this in some small way”.

Since 2009, students from Room 5 at Portobello School have been busy planting pikao at Allans Beach on Otago Peninsula. Pikao is the endangered golden sand sedge that stabilises sand dunes. The students have cleared an area near the walking track of weeds and planted 600 – 800 pikao a year.

The plants have flourished and become a seed source for other conservation projects on the peninsula. The project has given the students insight into coastal management and the fragility and special features of this coastline.

Pupils at Weston School in North Otago have built a safe haven for skinks within their school grounds. They recognised the need for this after noticing the loss of shrub and forest habitat through housing development.

They studied the habitats of skinks, geckos, and tuatara before selecting a site and set out tracking tunnels to identify predators such as hedgehogs and cats.

They’ve planted shrubs, tussocks and flaxes for the skinks, added walls made of limestone and rotten logs, and terracotta pots, tunnels and wire netting.