A new reserve in the Long Gully Terraces

Mata-au Scientific Reserve was part of Bendigo Station, but has been retired from farming after recent tenure review, and now is managed by the Department of Conservation (DOC) as a scientific reserve.

Once known as the Desert Block, the newly formed Mata-au Scientific Reserve looks barren from a distance but tiny threatened plants and rare beetles thrive in this remnant semi-arid ecosystem once common in the Upper Clutha. Mata-au is the original name for the Clutha River.

Mata-au Scientific Reserve is situated in Long Gully, an area of old river terraces between Wanaka-Tarras Road and the Clutha River. This 165 ha block was part of Bendigo Station, but has been retired from farming after recent tenure review, and now is managed by the Department of Conservation (DOC) as a scientific reserve.

As the largest, most intact remnant of the semi-arid cushion terrace vegetation in the Upper Clutha area, this reserve deserves more than a glance from a passing car. It is home to the naturally uncommon scarab beetle Pericoptus frontalis, as well as rare cushion plants and tiny shrubs. You can also find grasshoppers, moths, butterflies, native bees, and in summer, hear the steady drum of cicadas. Ground nesting banded dotterel and pipits also breed here.

“There are several nationally threatened plants here including a very distinctive cushion pimelea that forms low hairy mounds with white flowers and orange fruit.”  Mr Barkla said the variety of plants is “best experienced on hands and knees”. 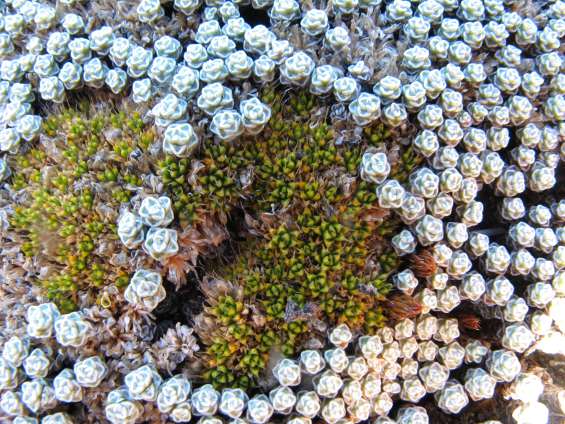 Mata-au Scientific Reserve provides access to the Clutha River for recreation, including walking and fishing.