Pest control by the West Matukituki conservation project is even more crucial now a beech mast is predicted next year.

Pest control by the West Matukituki conservation project is even more crucial now a beech mast is predicted next year.

Beech trees are currently flowering heavily across the country and could potentially lead to a plague of predators next year, putting native species in areas like Mt Aspiring National Park at risk. These include mōhua/yellowhead, blue duck/whio, South Island robin/kakaruai, and South Island long-tailed bat/pekapeka. 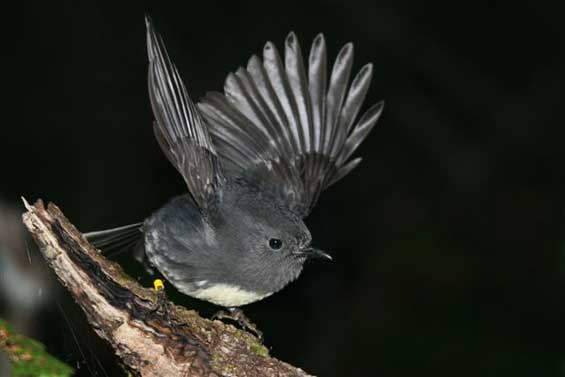 A South Island robin/kakaruai in the valley

The joint Matukituki Valley Protection project between the Matukituki Charitable Trust and the Department of Conservation (DOC) kicked off in July this year and aims to reduce pest numbers in the valley to benefit threatened native wildlife. The most efficient and cost effective pest control programme is being developed to protect native species.

Matukituki trustees Derek and Gillian Crombie have recruited volunteers to help with pest control management and monitoring of beech seed fall. They will be setting out seed funnels early next year to collect beech seeds to predict the onset and timing of the mast and potential rodent and stoat plagues. 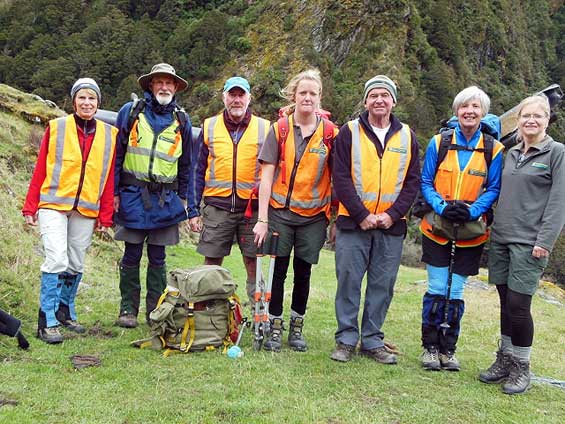 “If monitoring shows a rise in these populations, we have a number of pest control options to manage the situation to prevent an increase in rat, mouse and stoat numbers from next winter,” DOC Wanaka ranger Flo Gaud said.

The group has built 140 tracking tunnels and set them out in the valley, providing baseline data on rat and mouse numbers. The tunnels will be checked again in February to estimate the rat population trend. 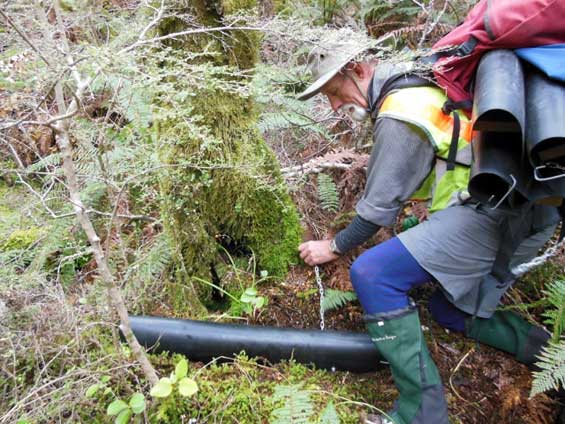 Pest trapping is being carried out by DOC hut wardens in the Matukituki Valley, including ex- ranger Stu Thorne who is also a volunteer for the project. The wardens check the 52 traps for stoats, rats and hedgehogs every three weeks. Traps around Aspiring Hut are also catching feral cats and possums.

If predator populations can be reduced to very low numbers, the optimum long-term aim of the project is to have a haven suitable to introduce other threatened birds species into the valley.

Trustee Gillian Crombie said she hoped the project would eventually expand to include the whole Matukituki catchment, and the trust would work in partnership with other groups doing pest control in the region. DOC has begun consulting with neighbours and groups such as the Diamond Lake trappers, the Longview Environmental Trust, landowners, the local farming community and businesses to establish an umbrella group to raise funds and work together on pest control, with advice and support from DOC.

The project covers 3000ha from the Rob Roy Valley to the head of the West Matukituki Valley.

The Crombies are funding the project for at least ten years, although further sponsors are also being sought.  Donations can be made at the trust website.

The Crombies live in Christchurch but have a house at Lake Hawea. They have been tramping and climbing in the area for at least 30 years and have been volunteer hut wardens. Gillian is also treasurer of the NZ Alpine Club. The valley is their favourite spot in NZ and they noticed kea and rock wren numbers had been declining over the years in the area.

About 80,000 people a year visit the valley to explore its tracks and routes, including the spectacular Rob Roy Glacier. This project will enhance their experience of the valley.