A free weka aversion training session for dogs and their owners will be held in Matauwhi Bay Reserve, Russell on 18 February 2013.

A free weka aversion training session for dogs and their owners will be held in Matauwhi Bay Reserve, Russell on 18 February 2013.

Heather Lindauer who had taken her dog Ilva along to a similar weka aversion training course in May 2012, says, "The training was successful because next morning on a walk my dog saw a weka, stopped, pointed, but did not attempt to 'engage'." 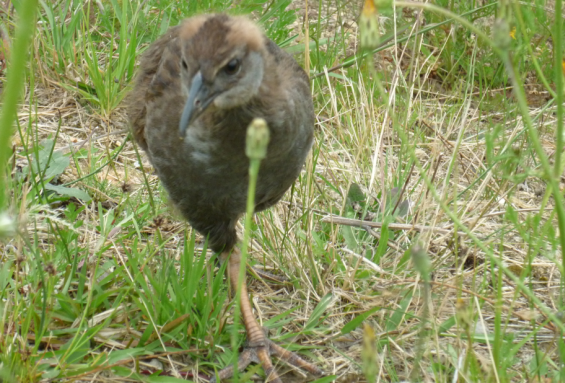 Pete Graham, Kiwi Ranger (DOC Whangarei) who runs the course says, "It was great to see Russell dog owners at the 2012 course showing an awareness of weka in their area and the threat their dogs potentially pose to these (and other) ground-dwelling birds. The 2013 course is for dogs and owners who have not yet been trained as well as a refresher for those who took part in last year's course."

Pete says, "It's really important that dog owners remember that avian aversion training should never take the place of good dog control, and that they need to continue displaying good dog management after the training just like they did prior to the training."

DOC Bay of Islands Community Relations Ranger, Helen Ough Dealy, says, "Over the last 25 years North Island weka numbers have fallen nationally from 100,000 to about 7000. The majority of the remaining birds are on Kawau Island. North Island weka are much rarer than kiwi, and Russell is probably the only place with both kiwi and weka making their home here.

Weka are a 'boom or bust' type of bird. They have already died out on the Russell Peninsula twice before. No-one's quite sure why they have died out in the past – possibly predators such as stoats and roaming dogs, dry summers with little food, or maybe a combination of various factors.

Russell Landcare Trust reintroduced the current population in 2002 from a Forest & Bird captive breeding programme that was closing down. From the 39 original birds there are now estimated to be about 1500 living amongst the Russell, Te Wahapu, Tapeka and Okiato communities as well as spread out across the Russell Peninsula."

Pete says: "If you are a dog owner, the best way that you can help ground-dwelling birds such as weka and kiwi is to not allow your dog to roam, report roaming dogs to the council, and keep your dog under control at all times."

Helen says, "If any Russell Peninsula dog owners are interested in having their dogs weka aversion trained, or would like a refresher for their dog who has already gone through the course, please give me a call on +64 9 403 9006 or send an email to hodealy@doc.govt.nz ."