Due to the continued dry weather, all Fire Authorities across Northland have now imposed 'total fire bans' or what is called a 'Prohibited Fire Season' until further notice.

All Fire Authorities across Northland have now imposed 'total fire bans' or what is called a 'Prohibited Fire Season' until further notice.

Due to the continued dry weather we are experiencing, all open-air fires are banned in Northland.

The Far North Rural Fire District has had a fire ban in effect since January 2013.

Department of Conservation declared a 'Prohibited Fire Season' effective from Monday 25 February 2013 for all State areas in southern areas of Northland and the Whangarei and Kaipara Councils have done so from midnight 1 March 2013.

Northland is facing increased fire risk as far as North Cape right down to Auckland City. Rural Fire Authorities across Northland have raised the levels of preparedness and risk prevention by declaring "Northland wide bans on open-air fires".

There have been five significant fires in Northland in the last month. Major fires have occurred on Pouto Peninsula, Waipoua, and Horeke. Auckland Fire District has had fires in south Kaipara Harbour and most recently in Matakana. 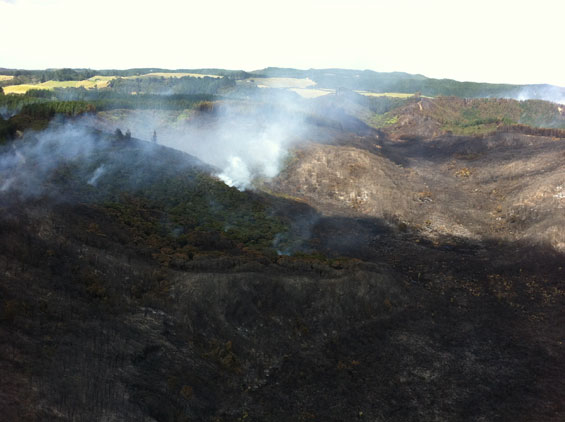 DOC is asking people to be aware of the risk and to be diligent. It is suspected that someone's mistake of dropping a cigarette may have caused some of these fires.

Wild fires can put the lives of many people at risk and destroy areas that everyday people love to enjoy. Fires can cost millions of dollars to put out. If you are found responsible for causing an unauthorised fire, you could be held personally liable for the costs incurred.

Glen Coulston, DOC Rural Fire Officer stated, "Significant rain is needed before the fire risk is reduced. A few showers are not enough. It will take a lot of rain before the 'Prohibited Fire Season' can be rescinded and for fire permit issue to recommence".

You can help by calling 111 immediately if you see a fire or if you see any suspicious behaviour occurring.