Central Otago children and landowners are discovering some precious native fish in their streams that need their help.

Central Otago children and landowners are discovering some precious native fish in their streams that need their help.

The Department of Conservation (DOC) is teaming up with schools, landowners, businesses and communities on its Growing Otago’s Galaxiid (GOG) project being co-ordinated by DOC freshwater ecologist Lan Pham.

“We are asking people what they want to do about protecting their local galaxiid species. As freshwater resources come under increasing pressure, it’s a high priority for us to raise the profile of these fish,” explained Lan.

So far eight schools have signed up to the project in Otago, including Lawrence Area, Waitahuna, Maniototo Area and St Johns in Ranfurly, and Broad Bay and Macandrew Bay in Dunedin. The schools are partnering with fish-friendly landowners who want to host school visits or restoration sites on their properties.

On May 13, Lawrence Area School children and teachers took part in a “Meet the Galaxiids” day when they helped Lan search Boundary Creek, which runs near the school, for Clutha flathead galaxiids. The stream runs through the Goldpark Motor Camp and owners Jock and Marie Martin are pleased to give the school access as they are keen to protect the rare galaxiids. 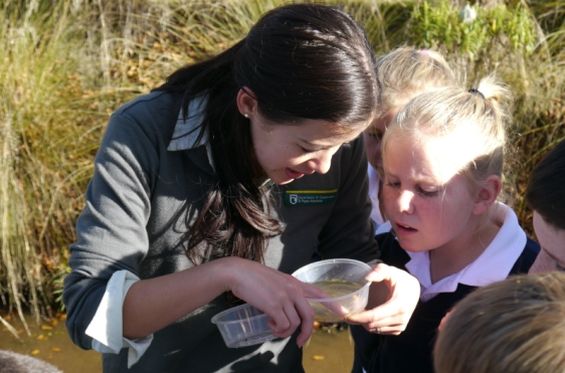 Lan uses the electric fishing method to find the fish, which involves putting an electric current into the water, temporarily stunning the fish and allowing them to be caught then released. As well as monitoring and helping to care for the galaxiids, the school will plant natives along the banks to increase shade, reduce weed growth and lower water temperatures.

On May 16, Central Otago landowners met with Lan to search for Central Otago roundhead galaxiids in the Little Kyeburn River. "A typical reaction  from people is they can’t believe they have gotten through their lives not knowing about these fish, which is exactly how I felt when I first met some galaxiids," Lan said. 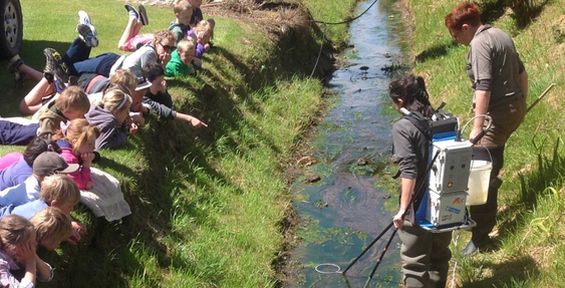 Galaxiids were named so by discoverers as the beautiful gold flecks and patterns on their backs look like a galaxy of stars.

Whitebait make up only five of New Zealand’s 28 species of galaxiids. Eighty percent of these 28 species are endangered.

Otago is a biodiversity ‘hot-spot’ as it has populations of some of the most threatened galaxiids, species such as the Clutha flathead around Lawrence, the Central Otago roundhead in Ranfurly, the Teviot in the tributaries around Lake Onslow, Lowland longjaw in North Otago, and Eldon’s and Dusky galaxiids in east Otago.

Unlike their whitebait counterparts, these galaxiids do not migrate to sea, living out their entire lives in the stream or river where they hatch. Often these few remaining populations have passed under the radar of humans. As freshwater resources come under increasing pressure, these small fish are rapidly disappearing.

They are threatened by predation by introduced species such as trout and brook char, habitat loss, land use changes and barriers to migration.