Refreshed Mansion House ready for the future with your input

The Department of Conservation’s $1,045,000 24-week upgrade to Kawau Island’s Mansion House is reaching its final stage of completion.

The Department of Conservation’s $1,045,000 24-week upgrade to Kawau Island’s Mansion House is reaching its final stage of completion, and Aucklanders now have an opportunity to have their say on the future use of the historic building and its surrounds.

DOC has released its draft Auckland Conservation Management Strategy (CMS) for the next decade – a chance for the public to contribute to the future management direction for islands in the Hauraki Gulf Marine Park.

Proposals for DOC’s 227ha on Kawau Island (10 per cent of the island) include: 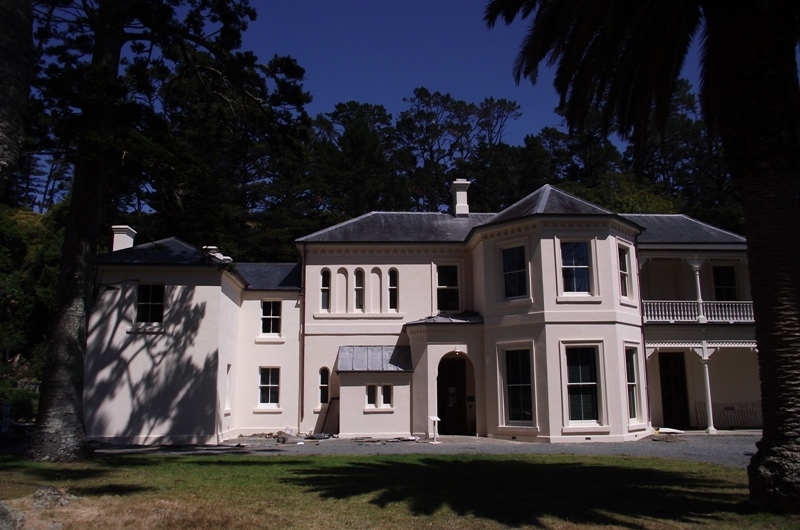 There is also a proposal for DOC to work with Auckland Council and the community to investigate sites for a small scale camping ground, in cooperation with partners.

DOC is also interested in feedback on whether Mansion House should be available for commercial use, while protecting public access to the building.

Other proposals for islands in the Hauraki Gulf Marine Park include investigating controlled mountain biking on Rangitoto and Motutapu islands, and potentially supporting programmes working towards a pest-free Great Barrier Island (Aotea).

The public has until March 15 to make a written submission on proposals in the draft Auckland CMS, which is available online at http://www.doc.govt.nz/cms

The new Auckland strategy – released simultaneously with Northland and Waikato versions – reflects national management priorities for ecosystems, wildlife and recreational resources and opportunities. It shows how DOC is focusing on those priorities at the regional level and how this fits with the places and values important to communities.

The work involved reconstructing the roof and chimneys of the Mansion House annex and mine manager’s wing, re-roofing and and re-painting the building’s exterior.

The new slate roof tiles have a 100-year lifespan and accurately match the pattern of the original roof. The chimneys have also been reconstructed to faithfully represent the original.

“This work has been completed on time and to budget, and ensures the historic collections within the house are protected, as is the building itself.

“The new limewash finish is stunning and reflects the character of the time,” says Alistair Smith.

Aucklanders are invited to experience first-hand the improvements, on Sunday March 3 when Mansion house hosts the Living History Day.

Mansion House will come alive with costumes and activities from the time of Governor Sir George Grey, with high tea on the veranda, old fashioned children’s games, and competition for best Victorian era costumes. Kawau Cruises are running discounted ferries from Sandspit for the day (seewww.kawauisland.org.nz for full details).

The island was bought in 1862 by Sir George Grey, Governor of New Zealand as a private retreat. Grey extended the original copper mine manager's house (built 1845) to create Mansion House, and made the surrounding land into a botanical and zoological park, importing many plants and animals.

It is in public ownership in the Kawau Island Historic Reserve, administered by DOC, with strong community support from Friends of Mansion House, the Wintle Trust, the Mansion House Foundation, and Kawau Island Residents and Ratepayers Association, some of which are direct descendants of those who lived with Grey.

Today Mansion House is identified as a Category I Historic Place by the NZ Historic Places Trust, and is the principal surviving artefact of the Grey period. The house and surrounding reserve is visited by more than 50,000 people each year.