It’s been a bumper breeding season for the whio, New Zealand’s threatened species of native duck that are only found in fast flowing waters.

It’s been a bumper breeding season for the whio, New Zealand’s threatened species of native duck that are only found in fast flowing waters.

Featured on New Zealand’s $10 note and with an estimated nationwide population of less than 2500 birds, whio are rarer than kiwi, but a partnership programme between Genesis Energy and DOC is turning the tide and having a positive effect on the numbers of whio throughout the country. 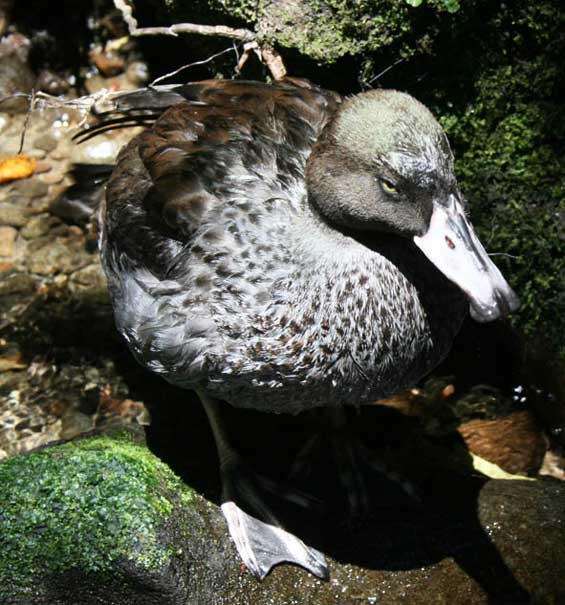 March is Whio Awareness Month and there are whio related activities planned throughout the country culminating with whio family fun days at Auckland Zoo on March 23 – 24th.

DOC Whio Recovery Group Leader Andy Glaser says whio are the icons of the waterways as they live on fast-flowing rivers. So finding whio means you will also find fresh, fast-flowing water with a good supply of plants and underwater insects.

“This makes whio important indicators of ecosystem health – they only exist where there is quality fresh water and an abundance of life, so it is really important that we not only protect them but we also help build their numbers.”

And that is exactly what DOC and Genesis Energy have been doing with local community groups and volunteers around the country.

The 153 breeding pairs at the four security sites have fledged a record 229 fledglings. The previous best was last season with 177 fledglings reported.

The Tongariro Forest security site reported fledging 177 juveniles, an incredible success attributed to the effective predator control operations and the long term work and support of adjacent landowners, the Animal Health Board, the Central North Island Blue Duck Conservation Trust and Genesis Energy. Prior to predator control operations starting a typical breeding season would produce around 20 whio ducklings in the Tongariro Forest area.

After a number of poor breeding seasons the Whirinaki Forest security site reported 13 breeding pairs fledging 27 juveniles this season, which was another great result says Andy. “In Te Urewera there was a turnaround in breeding on the Tauranga River. It’s great to see a positive response to the predator trapping programme with DOC200 traps along that river.”

Andy says unfortunately flooding and slips in the south island has had a major impact on the southern whio with around 100 breeding pairs across the four southern security sites that fledged only 27 fledglings this season. But a further 15 WHIONE juveniles have been released in the southern waters.

There are also indications of breeding success at some of the  whio recovery sites around the country with Egmont National Park reporting 21 whio pairs fledging 25 juveniles, and recently releasing a further 10 WHIONE captive bred juveniles. 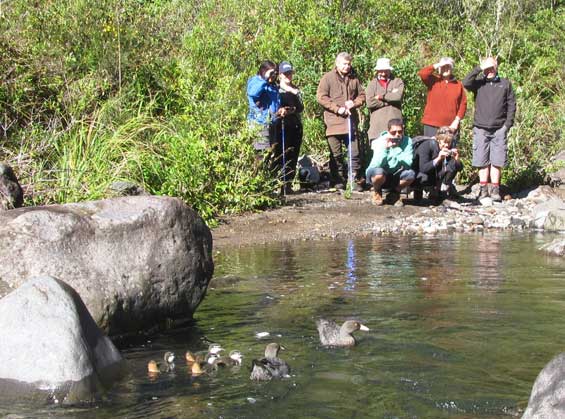 Genesis Energy and the Department of Conservation have partnered together in a five year programme to secure the future of this threatened native bird. Operating under the name of Whio Forever this partnership is implementing a national recovery plan to protect whio breeding areas and habitat.