DOC is determining what extra measures it will take to protect rare native species on Maud Island in the Marlborough Sounds after mice were discovered on the island wildlife sanctuary.

The Department of Conservation is determining what extra measures it will take to protect rare native species on Te Pākeka/Maud Island in the Marlborough Sounds after mice were discovered on the island wildlife sanctuary.

The mice primarily pose a threat to the island’s native insects and some lizard species.

Trapping and searches by a rodent detection dog found mice to be in pockets on the island. The likely mice numbers and length of time they have been there are still being determined. 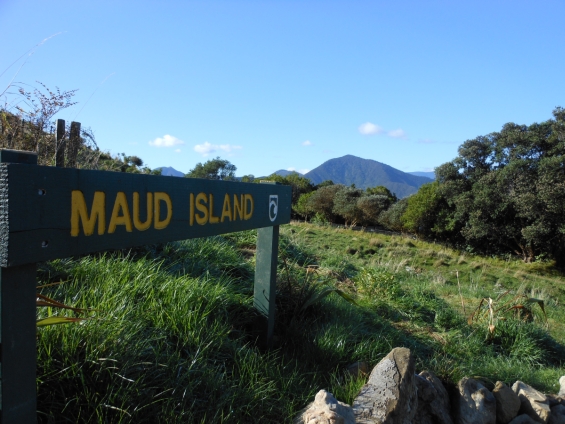 ‘To be sure of success in eliminating all the mice we need to hold off an eradication operation until next winter when food for mice would be scarce and they would be more likely to eat the poison baits.

‘We will do all we can in the meantime to limit the impacts of the mice on endangered species.

‘Our primary concern is for Maud Island frogs/pakeka, which potentially could be preyed on by mice, and the Stephen’s Island striped gecko. We are getting expert advice on how best to protect these rare species.

‘Options include moving the gecko into a safe enclosure on the island and, as a precaution, moving some frogs to set up an additional population on another predator-free island or at a wildlife centre.

‘Maud Island frogs are thought to number more than 30,000 on the island and there are populations on Motuara island, also in the Marlborough Sounds, and at Wellington’s Zealandia wildlife centre. The gecko is also on Stephen’s Island/Takapourewa.

‘DOC maintains populations of rare species at more than one site to ensure survival of the species if one population is at risk.

‘We are very disappointed mice have got onto Maud Island. We can’t be sure how a mouse or mice got there. The mouse infestation may have started with just one pregnant female.

Biosecurity procedures are in place to prevent pests and disease being carried to predator-free islands including strict quarantine processes for checking people and goods before departure.

‘We also have traps and other predator detection measures on the island to catch any pests that might get there. This includes “rodent motels” with traps, nesting material and poisoned baits that are intended to attract and kill any rats or mice.

‘These are regularly checked for rodents but it appears the mice have avoided them, perhaps because there was plenty of grass seed and other food available.

‘We are reviewing our island biosecurity measures, including how a mouse or mice may have slipped through our quarantine checks and why the rodent motels have not been effective. We are looking at what further measures may be needed to ensure the robustness of our procedures in preventing such pest incursions.

‘It is possible a mouse or mice got onto Maud from someone landing a boat or kayak on the island although this isn’t allowed.  Maud Island is closed to public access without a permit because of its importance as a native wildlife sanctuary.

‘We remind boaties not to land at Maud Island and other islands closed to public access to help keep them safe for the endangered native species sheltered there.’