Kiwi crèche made safe by trust

A Fiordland island sanctuary invaded by stoats is now safe again for kiwi thanks to the efforts of the Pomona Island Charitable Trust.

A Fiordland island sanctuary invaded by stoats is now safe again for kiwi thanks to the efforts of the Pomona Island Charitable Trust.

In February a routine stoat trap check on Rona Island in Lake Manapouri led to the discovery of six dead stoats on the previously predator-free island. 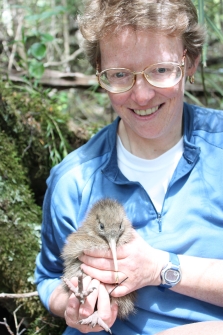 Trust volunteers were dismayed but were relieved to find that all young Haast tokoeka kiwi on the island were still alive, says Trust chairman John Whitehead.

“It was devastating to catch so many stoats, especially as it was over five years since the last stoat had been trapped on Rona.”

Trust members stepped up their trap checking and also kept a close eye on tracking tunnels on the 60 ha island, with the aim of getting it cleared for use as a kiwi crèche again as soon as they could, says Mr Whitehead.

No further evidence of stoats was found and this was confirmed by a DOC stoat dog and handler, Scott Theobald, who spent two days on the island in March.  Genetic tests support the theory that the animals caught were the offspring of a single pregnant female which probably swam to the island some 600 m from the lakeshore.

Two Haast tokoeka chicks were released on the island earlier this month after it was again declared predator-free.  These joined five other birds released earlier in the season.

“Keeping islands like Rona free of predators requires ongoing vigilance and commitment.  This incident shows that the Trust’s trap network worked well to protect kiwi on the island and with DOC assistance, it is now safe for kiwi again.”

“For the last eight years the Trust has worked hard to rid both Rona and Pomona islands of predators and now these islands play important roles in safeguarding one of our rarest and critically endangered kiwi.” 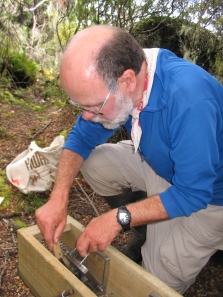 This season seven Haast tokoeka chicks were released on Rona Island.  These birds were raised through the BNZ Operation Nest Egg programme. Eggs taken from the wild in the Haast tokoeka sanctuary are incubated at the West Coast Wildlife Centre before being released in kiwi crèche such as Rona Island in Lake Manapouri and Centre Island in Lake Te Anau.

Once they are big enough to fend off predators (at just over 1 kg) they will be returned to the Haast tokoeka sanctuary (in the Arawhata River catchment south of Haast) or to other breeding sites such as Pomona Island in Lake Manapouri, Coal Island (Puka-Hereka) in Preservation Inlet and Orokonui Ecosanctuary near Dunedin.

Haast tokoeka is a genetically distinct form of kiwi closely related to the Stewart Island and Fiordland tokoeka.  It is critically endangered with approximately 400 birds.

The award-winning Pomona Island Charitable Trust, established in 2005, works through a management agreement with DOC to restore Pomona and Rona islands in Lake Manapouri.  They also maintain trap-lines on the lake shore to prevent rats and stoats from re-establishing on the islands.

Pomona and Rona islands are located in Lake Manapouri within the Fiordland National Park in the Southwest New Zealand World Heritage Area.  At 262 ha, Pomona Island is the largest lake island in New Zealand and is now home to a small population of Haast tokoeka, along with mōhua and South Island robin. More information is available on the Pomona Island Charitable Trust website.