Godley Head track back up and running

Date:  03 March 2013 Source:  Office of the Minister of Conservation 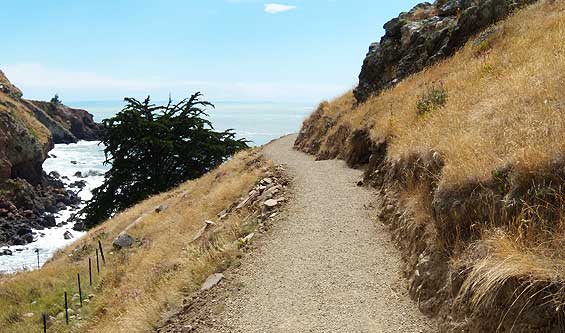 “Godley Head took a hammering in the earthquakes, with cliffs collapsing and extensive boulder falls. The track had to be closed as it was dangerous and impassable,” says Dr Smith.

“We have invested $480,000 in this rebuild with 450 tonnes of shingle flown to the site by helicopter. The track largely follows the original line except for the section where cliffs collapsed between Boulder Bay and the Taylor Battery site.

“The re-opened track is wider, less steep and the stair section redesigned to make it more convenient. The track is better and safer, a story that will be repeated many times over with the rebuild of Christchurch’s facilities.

“A special new feature of the Godley Head walkway is the incorporation of the historic cabin from Captain Robert Scott’s 1911 Antarctic exhibition. The cabin has been vested with DOC by David and Valerie Crichton and once restored will be moved to the track overlooking Boulder Bay.

“The Government is totally committed to Christchurch’s full recovery and this is another small step on this hard journey. I would encourage Cantabrians to take in the stunning coastal views and enjoy this re-opened facility.”