The Department of Conservation (DOC) is encouraging more people to hunt in the Caples valley in a bid to reduce fallow deer numbers.

The Department of Conservation (DOC) is encouraging more people to hunt in the Caples valley in a bid to reduce fallow deer numbers.

DOC has outlined its vision on the Caples valley in its recently released draft Conservation Management Strategy (CMS) for Otago. DOC is proposing to attract more deer hunters to the valley by removing restrictions on hunters flying into the area by helicopter.

The draft CMS is currently out for public comment.

Wakatipu Area Manager Greg Lind said increasing numbers of deer in the valley are damaging vegetation which is having a detrimental effect on threatened wildlife such as möhua/yellowhead and pekapeka/short tailed bats,

“We’d like to work with hunters to control deer populations to densities that support our conservation priorities,” Mr Lind said.

“We’re not getting enough recreational hunters into the Caples. In the back blocks, deer numbers are quite high and the impacts are obvious. The forest and marginal shrub land is being affected, reducing habitats for important species such as bats and möhua. Reducing deer will help limit these impacts.” 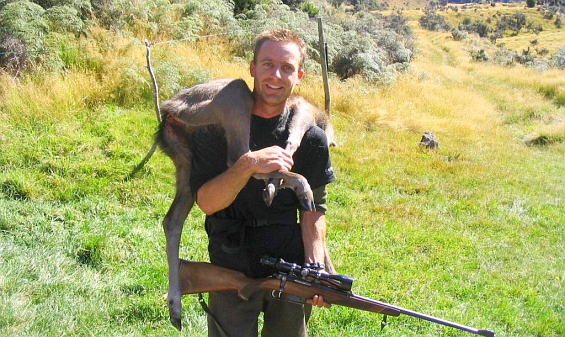 DOC is encouraging more people to hunt in the Caples valley

“Opening up helicopter access to hunters and having a consistent policy on landings would benefit the area. Groups could apply for permits to land on conservation land,” Mr Lind said.

“It won’t be open slather with unrestricted helicopter landings; there would be specific landing sites, people may be able to apply to land helicopters or we may have a one-off landing policy.”

“We would like people to give us guidance about making concession activities available within the Caples. This is a good opportunity for commercial guides and hunters to have their say. We want to know where they want to land and where their campsites are.”

Recreational hunting is allowed in the valley between 1 April and 30 September, by permit and a ballot system.

Another change proposed by the CMS for the Caples valley is allowing small commercial guided groups for activities such as tramping and fishing, while retaining its character as an easy introductory tramping experience.

Guided groups would be limited to 15 people and they could use huts only during the off-season (April to December). They could camp near the huts the rest of the year.

“This change would enable the valley to be enjoyed by a wider range of visitors. We’d like to know what people think about this idea,” Mr Lind said.

You can view the draft Otago CMS on the DOC website. You can have your say by filling out a submission form on the webpage. Submissions are open until 13 September 2013.