The Toroa Award acknowledges environmental action programs undertaken by students that support conservation in their community.  It’s a joint award presented by DOC and the Otago Peninsula Trust.

“The award is now into its fourth year.  We’ve been really impressed with the high standard of nominations in previous years” said Lucy Hardy, Community Relations ranger, DOC Coastal Otago.

2012 Toroa Award winners Mosgiel Central Kindergarten were recognised last year for their sustainable journey, where children, staff and families had learnt about recycling, composting and growing their own berries, fruit, vegetables and herbs.

The 2012 finalists also included Waitahuna Primary School, with students commended for investigating soil and water quality in their local environment, and Otago Girls High School who were acknowledged for their research looking into the impacts of the invasive seaweed Undaria around Quarantine Island/Kamau Taurua in the Otago Harbour. 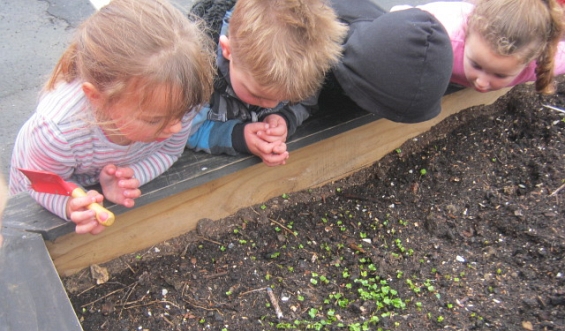 All schools and early childhood centres in the Coastal Otago area (Dunedin City, Clutha District, Waitaki District south of the Waitaki River and inland to Duntroon) are eligible to apply for the Toroa Award. “We have had some great runners-up in the past, not just from secondary schools, but also primary and early childhood centres. We would strongly encourage any previously unsuccessful nominations to re-enter for the 2013 Toroa Award”.

The Toroa Award will be presented at the Coastal Otago Conservation Awards during Conservation Week (8-15 September 2013). Winners receive a trophy and prize.

All schools should have received a nomination form by post, but a parent, student or community member can also nominate a school, class or student for the award.  Nominations close Friday 23 August.

Nomination forms can be downloaded from the DOC website and can be submitted electronically, by email or post.