A 55 year-old Auckland man has been fined a total of four thousand dollars after he admitted importing traditional Asian medicines containing endangered and threatened species of plants. 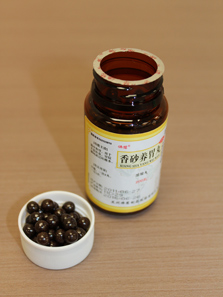 A 55 year-old Auckland man has been fined a total of four thousand dollars after he admitted importing traditional Asian medicines containing endangered and threatened species of plants.

Pei Min Qiu, an acupuncturist from Remuera, was sentenced in the Auckland District Court on Thursday March 28. He had earlier pleaded guilty to three charges laid under the Trade in Endangered Species Act 1989, which is administered by the Department of Conservation (DOC).

This law is enforced by the Wildlife Enforcement Group (WEG), a multi agency team with representatives from DOC, the Ministry for Primary Industries (MPI) and the New Zealand Customs Service.

Qiu was charged after it was discovered that endangered and threatened plants were among the ingredients in traditional Asian medicines found in his baggage at Auckland International Airport after he arrived on a flight from China in January last year (2012). X-rays of Qiu’s baggage by MPI biosecurity staff showed his bags contained a large quantity of medicines. These had not been declared on his arrivals card. Customs staff searched Qiu’s baggage and found 1648 bottles and packages of traditional medicines.

Among these medicines were 34 bottles of pills containing the endangered root plant, Saussurea costus. Fifteen bottles with tablets containing a type of orchid listed as threatened. All types of orchid are listed as either endangered or threatened by CITES. And 120 sachets with a medicine that included a threatened tree fern.

Qiu is an acupuncturist who runs the Mt Eden Acupuncture Centre in Auckland.

When interviewed by WEG investigators Qiu said he did not declare the medicines, found in his luggage at the airport, because he was feeling ill and wasn’t thinking clearly. He said the medicines were for personal use and he had bought them in China because they were cheaper there than in New Zealand.

Qiu does not have - and has never applied for - a permit to import, export or re-export any species protected by CITES. Neither has his business or any member of his family.

He had items containing CITES protected species seized from him, after arriving from China at Auckland International Airport, in 1998 and 2010. The issue of trading in endangered species, and the process he was required to follow if he sought to import items that may be protected by CITES, were explained to Qiu following the 2010 seizure.